13,000 troops pulled out of Afghanistan and replaced with over 24,000 U.S. civilian contractors 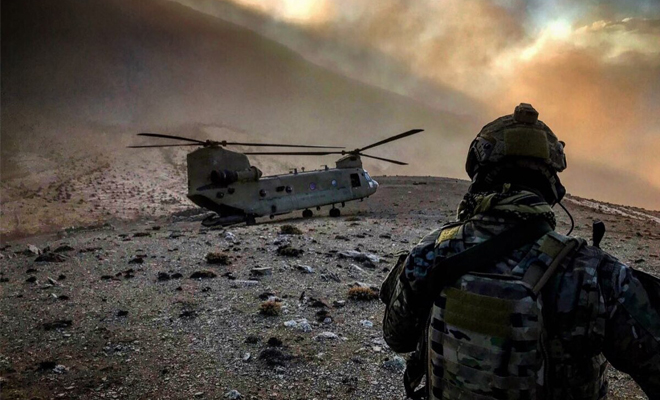 NY TIMES has reported the United States has been quietly reducing its troop strength in Afghanistan despite the lack of a peace deal with the Taliban, weakening its hand in any future negotiations with the insurgents.

The top American commander in Afghanistan, Gen. Austin S. Miller, said Monday that the size of the force in the country had dropped by 2,000 over the last year, down to somewhere between 13,000 and 12,000.

American negotiators had tried to use troop reduction as a bargaining chip in their long peace talks with the Taliban, hoping to get some concessions from the insurgent group. President Trump abruptly aborted those talks last month.

The disclosure that the United States has in fact already been pulling back troops in Afghanistan, deal or no deal, came just weeks after Mr. Trump stunned allies and adversaries alike by pulling American forces from parts of Syria.

But according to the 4th quarter contractor census report approximately 49,652 contractor personnel supporting DoD in the USCENTCOM AOR were deployed and 24,202 of those contractors went to Afghanistan within the last 3 months.

The 24,202 was actually a decrease from the 3rd quarter DoD reported contractor force was 21,353 US/TCN (11% TCN) in Afghanistan. The decrease is due, in part, to the delayed exercising of a particular contract option. The associated contractor personnel deployments ended in the Synchronized Pre-Deployment Operational Tracker Enterprise Suite (SPOT-ES) system and those contractor personnel are not part of the reported totals. The contractor is currently in the process of adding information and deployments for all effected personnel into the SPOT-ES system and those personnel will be included in the next report. Future updates to SPOT-ES in FY20 will enable government contracting officials to pre-stage records in SPOT, significantly reducing the time necessary to get contractor personnel entered and generate required credentials at the time a contract is awarded or option exercised.

Before Blackwater, the top PMC was Executive Outcomes