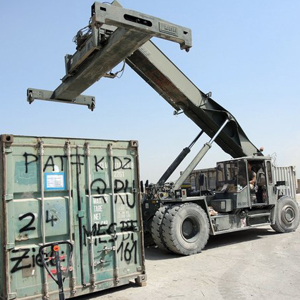 A new American intelligence assessment on the Afghan war predicts that the gains the United States and its allies have made during the past three years are likely to have been significantly eroded by 2017, even if Washington leaves behind a few thousand troops and continues bankrolling the impoverished nation, according to officials familiar with the report.

The National Intelligence Estimate, which includes input from the country’s 16 intelligence agencies, predicts that the Taliban and other power brokers will become increasingly influential as the United States winds down its longest war in history, according to officials who have read the classified report or received briefings on its conclusions. The grim outlook is fueling a policy debate inside the Obama administration about the steps it should take over the next year as the U.S. military draws down its remaining troops.

The report predicts that Afghanistan would likely descend into chaos quickly if Washington and Kabul don’t sign a security pact that would keep an international military contingent there beyond 2014 — a precondition for the delivery of billions of dollars in aid that the United States and its allies have pledged to spend in Afghanistan over the coming years.

“In the absence of a continuing presence and continuing financial support,” the intelligence assessment “suggests the situation would deteriorate very rapidly,” said one U.S. official familiar with the report.

That conclusion is widely shared among U.S. officials working on Afghanistan, said the official, who was among five people familiar with the report who agreed to speak on the condition of anonymity to discuss the assessment.

Some officials have taken umbrage at the underlying pessimism in the report, arguing that it does not adequately reflect how strong Afghanistan’s security forces have become. One American official, who described the NIE as “more dark” than past intelligence assessments on the war, said there are too many uncertainties to make an educated prediction on how the conflict will unfold between now and 2017, chief among them the outcome of next year’s presidential election.

“I think what we’re going to see is a recalibration of political power, territory and that kind of thing,” said one U.S. official who felt the assessment was unfairly negative. “It’s not going to be an inevitable rise of the Taliban.”

“An assessment that says things are going to be gloomy no matter what you do, that you’re just delaying the inevitable, that’s just a view,” said the official. “I would not think it would be the determining view.”

U.S. intelligence analysts did not provide a detailed mapping of areas they believe are likely to become controlled by specific groups or warlords in coming years, said one of the officials. But the analysts anticipate that the central government in Kabul is all but certain to become increasingly irrelevant as it loses “purchase” over parts of the country, the official said.

Some have interpreted the intelligence assessment as an implicit indictment of the 2009 troop surge, which President Obama authorized under heavy pressure from the U.S. military in a bid to strengthen Afghan institutions and weaken the insurgency. The senior administration official said the surge enabled the development of a credible and increasingly proficient Afghan army and made it unlikely that al-Qaeda could reestablish a foothold in the country where the Sept. 11 attacks were plotted.

“By no means has the surge defeated the Taliban,” the official said, but its stated goal was to “reverse the Taliban’s momentum and give the government more of an edge. I think we achieved that.”

A spokesman for the Office of the Director of National Intelligence, which issues intelligence estimates, declined to comment. Officials at the White House declined to speak about the NIE’s findings. In an e-mailed statement, a senior administration official said intelligence assessments are “only one tool in our policy analysis toolbox.”

“One of the intelligence community’s principal duties is to warn about potential upsides and downsides to U.S. policy, and we frequently use their assessments to identify vulnerabilities and take steps to correct them,” the statement said. “We will be weighing inputs from the [intelligence community] alongside those of the military, our diplomats and development experts as we look at the consequential decisions ahead of us, including making a decision on whether to leave troops in Afghanistan after the end of 2014.”

The Obama administration has sought to get permission from Kabul to keep troops that would carry out counterterrorism and training missions beyond 2014. Afghan President Hamid Karzai has so far refused to sign a bilateral security agreement with the United States and has made demands that Washington calls unrealistic.

Karzai’s intransigence has emboldened those in the administration and Congress who favor a quick drawdown. The latest intelligence assessment, some U.S. officials noted, has provided those inclined to abandon Afghanistan with strong fodder.

NIEs are issued periodically, normally ahead of a major policy decisions. One issued in 2008 was seen by international diplomats as having presented an “unrelentingly gloomy” picture of the state of affairs in Afghanistan, according to a U.S. diplomatic cable that was released by WikiLeaks.

Another one issued in 2010, when the U.S. troop surge was at its peak, also offered a decidedly grim assessment. U.S. war commanders have submitted rebuttal letters to make note of their disagreements or highlight success stories they felt were not being taken into account.

The issue came to a head when Gen. David E. Petraeus left command of the international coalition in Kabul to take the helm of the CIA in 2011. He instructed analysts at the agency, which plays the dominant role in shaping NIEs, to consult more closely with commanders on the ground as they put together future war zone intelligence estimates. The directive was seen by some as an affront to the agency’s mandate to provide policymakers with independent, fact-based analysis.

Gen. Joseph F. Dunford, the commander of international troops in Afghanistan, chose not to submit a rebuttal to the latest NIE, according to two U.S. officials. A spokesman for the general said he would not comment on the report.

Stephen Biddle, a defense policy expert at the Council on Foreign Relations, said Afghanistan experts in and out of government have a range of outlooks. The optimists see Afghan security forces expanding their territorial control until the Taliban is forced into a peace deal. Pessimists fear the government could eventually lose control of the capital and other big cities. Biddle said he predicts a stalemate for years to come.

“Whether it’s a worse or better stalemate depends on the rate at which Congress defunds the war,” he said.

By Ernesto Londoño, Karen DeYoung and Greg Miller of the Washington Post

After Troops Leave, U.S. to Lose Access to Afghan Reconstruction Projects Worth Billions

Sources say, “After 12 years of war, labor abuses rampant on US bases in Afghanistan”

10 Facts About U.S. Withdrawal from Afghanistan

One Response to “Afghanistan gains will be lost quickly after drawdown, U.S. intelligence estimate warns”