Before Blackwater, the top PMC was Executive Outcomes 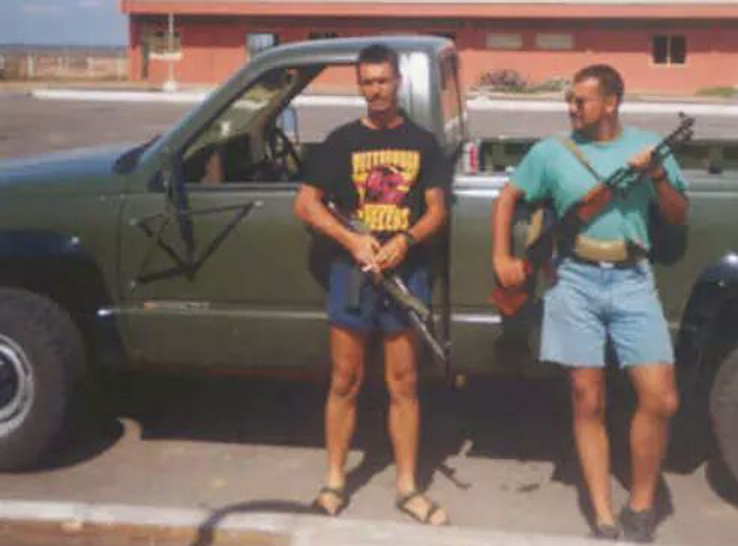 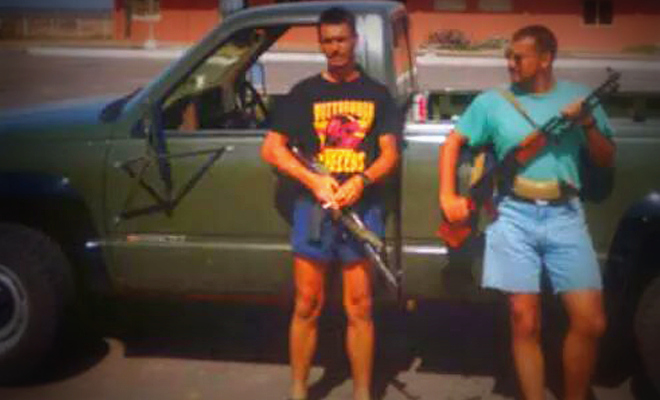 Executive Outcomes, the mercenary firm based in Pretoria, South Africa, and manned mostly by former members of the South African Defense Force, had proven to be a decisive factor in the outcome of some civil wars in Africa. Involved in forcing rebels to the negotiating table in Sierra Leone and more well-known for contributing to the Angolan government's success in forcing UNITA to accept the Lusaka Protocol in 1994, Executive Outcomes reportedly had a web of influence in Uganda, Botswana, Zambia, Ethiopia, Namibia, Lesotho and South Africa.

Even though the firm's expertise lay in fighting bush wars, it had diversified and reportedly operated 32 companies, whose interests range from computer software to adult education. The firm's tactic of quickly regaining control of a client country's mineral-rich regions was well-documented. Within a month of Sierra Leone's hiring of Executive Outcomes in May 1995, government forces had regained control of the diamond-rich Kono district, which produced two-thirds of Sierra Leone's diamonds. In Angola, oil- and diamond-producing regions were the first areas secured by government forces trained by Executive Outcomes. The firm also reportedly mined gold in Uganda, drilled boreholes in Ethiopia and had a variety of interests in the other countries.

The intermixing of paramilitary and commercial ventures made it difficult to determine the number of mercenaries involved in various countries. Most reports indicated there were between 150 and 200 in Sierra Leone, while reports from Angola varied, indicating between 500 and 4,000 members in that country. At any rate, Executive Outcomes had proven to be a sound investment for the governments of Angola and Sierra Leone.

Eeben Barlow, its founder, was associated with the Civil Cooperation Bureau (CCB) which had expertise in setting up front-companies to circumvent sanctions against apartheid era South Africa. With the demise of apartheid, individuals such as Barlow redirected these and other skills for private enterprise purposes. As a result, EO is connected to a weblike structure of multinational holding entities, mining and oil companies, and security and air transportation groups which have purposefully been created to mask its operations, those of its allied firms, and the various individuals involved. Critics charged that this network engaged in "predatory capitalism" by specializing in the extraction of mineral and oil resources from troubled and failed-states.

Executive Outcomes (EO) was established in 1989 as a wholly owned and registered South African company. Since its establishment, EO's mission has remained largely unchanged - the provision of sound military advice, training and logistical support - but, as a dynamic company, EO's mission statement is continually reviewed to ensure flexibility and survivability in a growing world-wide competitive market.

EO earned an indisputable reputation as a highly competent military advisory company - a fact which even EO's fiercest critics acknowledge, and has built a solid history of success, an achievement which is attributed to its highly effective workforce. During its brief history, EO operated in support of Armed Forces, Law Enforcement Agencies and Private Corporations in Southern Africa, West Africa, South America and the Far East.

The criteria for prospective employees were that they must :

A private military advisory and training company needs professional (well trained, skilled and experienced) personnel to provide a service of the highest quality. The people of the greatest use to EO are those officers and non-commissioned officers who have reached middle rank and are vastly experienced, but are not suited for further promotion within the armed forces. However, generally these people are happy performing the duties of their ranks - planning, training, organisational development and support duties; with the practical experience and skills to help the client through a rough spot.

Those are the very people who, if not selected for promotion, often block the promotion ladders of regular forces and actually present a personnel management problem. The private company can thus provide a new challenge to the "old hands" and also retain military knowledge, experience and skills that would have been lost. In particular situations selected SANDF personnel could be deployed with private companies to gain experience in a specific field to return to the SANDF as a better trained and experienced soldier.

EO competed in an international market and therfore pay competitive salaries applicable in the market that it operated in. The salaries paid by companies such as MPRI, Vinnell, Sandline and Betac should be compared with that of EO to make a realistic appreciation. Any person with insight in the execution of military support operations and training knows of the extremely high cost involved.

Operatives trained in these areas of warfare were soon deployed within and outside of South Africa with great operational success by the Special Forces. Word of their professionalism and success-rate spread, and soon EO was approached by a major South African mining house and asked to provide assistance and training to executives within the mining industry in order to counter both white-collar crime and the trafficking of high-value commodities.

The role EO played in establishing this special task force to counter crime in the mining industry in South Africa, did not go unnoticed, and soon EO was approached to assist a mining house in a neighbouring African state.

One of EO's first projects outside of South Africa was in 1991. This first non-South African contract entailed the training of mine security officials in a neighbouring African state in infiltration and penetration techniques targeted at organized crime syndicates. These officials, many of whom are still active to date, have played an invaluable role in countering crime aimed at damaging their company. During the early 90s, EO was also approached by a South American Drug Enforcement Agency (DEA) to provide them with advice on countering the growing drug trafficking problem in South America.

EO's advice was "take the problem to the producers" - a strategy which led to the formation and training of a highly specialized team of soldiers who would operate outside the normal military brief, working closely with the host DEA and police intelligence. These troops deployed clandestinely into drug-growing areas and conducted raids and strikes against the drug lords with great success. This term of counter-drug operations later became known as Discretionary Warfare.

In 1993, EO was approached by SONANGOL, the Angolan Oil Parastatal, to provide a security team to protect the on-shore oil facilities in the coastal town of Soyo, whilst millions of dollars worth of oil-drilling and related equipment was being recovered.

During this period, EO had to ensure the logistics of its team from South Africa to Angola with two King Air Aircraft, each flight taking approximately 8 hours and often landing under intense direct and indirect rebel fire in Soyo.

EO's role in Soyo soon came to the attention of the Angolan Armed Forces (FAA). By this time (mid-1993) UNITA had effectively beaten the government forces on the battlefield and had mustered rebel control over more than 70 % of Angola. EO was awarded the contract to train the FAA's newly established 16th Brigade, a brigade which had been virtually destroyed by the SADF in the 1980s. This irony was not lost on EO.

Elements of the newly trained brigade were soon rushed into action against the rebel forces and excelled themselves in battle. The brigade later captured strategic diamond mining areas held by UNITA, thus denying the rebels their major source of income. These actions by the 16th Brigade marked the beginning of the end for UNITA.

Additional units, trained by EO, utilized new tactics and training, launching raids and strikes at UNITA troop concentrations. Growing FAA morale and heavy UNITA casualties soon led to the signing of the LUSAKA protocols, effectively ending the long civil war in Angola. From 1992 to 1994 the conflict in Sierra Leone was characterized by increased rebel activity in diamond mining areas and a growing number of civilian casualties due to attacks on villages. The Sierra Leonean Army (SLA) launched a recruiting drive during this time that included children as young as 12 years old. In May 1994, Executive Outcomes (EO), a South African private security firm, was hired to provide security assistance. EO quickly restructured and retrained units of the Sierra Leone Defense Force (SLDF) and advised the SLDF to take the battle to the rebels. This caught the RUF off-guard and the SLDF rapidly gained the initiative, forcing the rebels to withdraw. With the additional help of EO the Army was able to push the RUF back from Freetown as well as retake Moyamba and mining areas. EO also began a training and support program with the Kamajor militia, a local defense force.

Using different tactics, the SLDF launched a series of strikes, raids, ambushes and offensives, inflicting heavy casualties on the RUF. As the rebel threat lessened, Sierra Leone was at last able to conduct a relatively peaceful election. This culminated in the ruling military council handing over the government to a civilian, democratically elected president in 1996.

The involvement of Executive Outcomes in Sierra Leone in defeating rebel insurgents in 1996 and effecting a Peace Treaty led to democratic elections and a modicum of stability. In 1991, in March, a small band of men who called themselves the Revolutionary United Front (RUF) under the leadership of a former corporal, Foday Sankoh, began to attack villages in eastern Sierra Leone on the Liberian border. On April 29, 1992, a group of young military officers, led by Capt. Valentine Strasser, launched a military coup, which sent Momoh into exile in Guinea and established the National Provisional Ruling Council (NPRC) as the ruling authority in Sierra Leone.

The NPRC proved to be nearly as ineffectual as the Momoh government in repelling the RUF. More and more of the country fell to RUF fighters, so that by 1995 they held much of the countryside and were on the doorstep of Freetown. To retrieve the situation, the NPRC hired several hundred mercenaries from the private firm Executive Outcomes. Within a month they had driven RUF fighters back to enclaves along Sierra Leone’s borders.

Executive Outcomes was highly effective on the side of the government in the war-torn country of Angola, and its success there led to interest from a number of other African countries at civil war. EO left Angola in January 1996 and Sierra Leone in January 1997, having played a crucial role in ending two long-standing civil wars on the African continent. Executive Outcomes (EO) objected in the strongest possible terms to the e report that the former military president of Sierra Leone, Valentine Strasser, allegedly awarded diamond licenses to EO. This is once again a repeat of rumours that have been proved to be false on numerous occasions. Executive Outcomes was paid in cash for the contract in Sierra Leone and was still owed a substantial amount of money as of 1998.

In 1997, the South African Government introduced the Regulation of Foreign Military Assistance Act (Appendix C) that was specifically designed to regulate the operations of PMCs that were based inside South African territory. Organizations, such as Executive Outcomes, would require government authorization for each contract with a foreign government.

The Executive Outcomes Board of Directors decided to terminate all operations and wind down the company rather than risk prosecution by not conforming to the legislation. Executive Outcomes structure merely transferred its operations to a series of aligned companies, that included Sandline International, that were unfettered by such national legislation. The exact nature of the relationship seems clouded behind a web of interlocking companies whose ownership is difficult to trace.

Pentagon acknowledges US contractor presence in Syria for first time