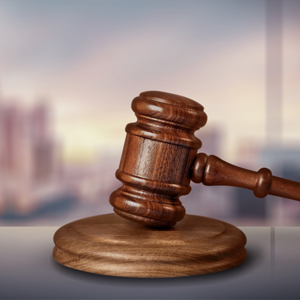 U.S. District Judge John H. McBryde’s Feb. 12 order said DynCorp. attorney Garreth A Sarosi called that day to report the decision by the companies and that attorneys for C3PO International Ltd. designated him to serve as their proxy in the discussion with the judge.

“Sarosi indicated that plaintiff, C3PO International Ltd, and defendant had determined that the … action should be dismissed with prejudice,” Judge McBryde said in the order.

The decision comes days after DynCrop urged the judge to toss the suit, arguing that C3PO was asking to be reimbursed for upgrades that DynCorp. didn’t request because it was hoping to entice DynCorp to resume the project after it was damaged by an explosion linked to the Taliban. DynCorp also said C3PO failed to submit an “equitable adjustment request” for more money until months after the 30-day deadline specified in their two contracts.

DynCorp canceled the contracts after a July 2013 blast at the North Gate project, which was to provide living quarters, office space, parking and other facilities for DynCorp. employees who were providing logistical support to the Afghan National Police under a U.S. Department of Defense contract.

C3PO’s claims for more money had been gradually withered down by court decisions. Last February Judge McBryde dismissed most of the claims, ruling that DynCorp properly terminated the contracts, which were set to run from May 2013 to April 2014. Early this month the judge refused to reconsider his January order denying C3PO a chance to amend the remainder of its complaint, ruling that the proposed amendment was not based on any “newly discovered facts.”

DynCorp moved its staff to a hotel after the bombing and argued that it paid all that it owed to C3PO. DynCorp staff continued using some amenities at the facility after the bombing while the second purchase order was in effect, but that order was terminated early in January 2014, according to the suit filed in July 2014.

C3PO says it lost nearly $6.6 million after DynCorp’s refusal to pay out on the $11.9 million contract, leading the subcontractor to lay off about half its workers.

Attorneys for DynCorp and C3PO did not respond to requests for comment Tuesday.

DynCorp is represented by C. Michael Moore, Garreth A. Sarosi and Adam H. Pierson of Dentons.

New Lawsuit Against KBR, Inc. Claim they Overcharged for Soldier Housing in Iraq