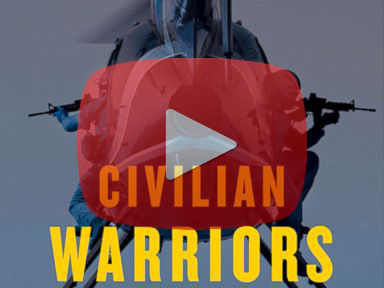 At the time of the Sept. 11 attacks, the U.S. military included 1.4 million active personnel and nearly 1 million more in the reserves — plus hundreds of thousands of civilians at the Pentagon and civilian agencies across the national security complex. It was a smaller force than the one that had fought the Persian Gulf War a decade earlier, but still enough, in pre-9/11 Pentagon war plans, to fight two simultaneous regional battles.

However, for the wars in Iraq and Afghanistan, this force was not enough. And so our government faced choices: raise a larger army, call up more reservists, hire more civilians or rely on contractors. At some point, the government exercised all these options. But for the first time in U.S. history, it chose to rely so heavily on contractors that, at the height of the conflicts in Iraq and Afghanistan, contractor personnel outnumbered troops in each theater of war.

Although it didn’t make the most money in Iraq (that title goes to former Halliburton subsidiary KBR) or directly participate in the immense Iraq and Afghanistan counterinsurgency missions (like DynCorp, which trained Iraqi police, and Parsons, which rebuilt Iraqi infrastructure), Blackwater stands apart from all other contractors because of the amount of publicity it received, including both praise and scorn. By the height of the Iraq war, in October 2007 when chief executive Erik Prince testified before Congress, Blackwater had morphed into a Rorschach test: How one perceived the company often revealed one’s feelings about the nation’s post-9/11 wars.

After years in self-imposed exile overseas because of frustration with Blackwater’s legal woes and other issues, Prince now reenters the fray with “Civilian Warriors,” a book about the life, death and resurrection of Blackwater. Prince’s story begins with his maturation as a Midwestern scion who inherits the family manufacturing business while serving as a Navy SEAL. After growing restless with the family concern, he starts Blackwater with a small, tight-knit group of other former SEALs. The original business plan for Blackwater envisioned the world’s premier shooting facility, where elite military, intelligence and law enforcement personnel could train in ways Prince only dreamed of while wearing the uniform. After Sept. 11, Blackwater’s mission expanded dramatically, with the company diversifying into many fields, most notably private security for the State Department and CIA overseas, among other customers. In 1998, Blackwater had about $400,000 in revenue; in 2006, that figure stood at more than $1 billion.

The book, co-authored with David Coburn, presents a well-written, credible defense of Blackwater and Prince’s role in building it. But it does not answer the important questions surrounding contractors and their performance in Iraq and Afghanistan. With the Iraq war over and the Afghan war entering its twilight, the time has come to evaluate the efficacy, efficiency and strategic wisdom of using contractors in war. Prince provides evidence for both sides in this debate.

“Civilian Warriors” describes instances of superb contractor performance. The most dramatic of these was Blackwater’s epic rescue of the State Department mission in Najaf, Iraq, during a Shiite uprising in April 2004. A close second may be how Blackwater’s muscular security details enabled the State Department and other civilian agencies to operate in the hellish Iraqi environment of 2003 to ’07, when military resources were too far stretched to support civilians working to rebuild the country. Blackwater’s convoys, helicopters and personnel have earned much criticism for their aggressive approach to this role. However, U.S. civilian agencies could not have functioned in Iraq without Blackwater, and Prince rightfully points to the company’s record of never losing a protectee during its work there. Whether its “high-visibility deterrent” tactics were, as Prince writes, “probably the worst approach for the department actually achieving its diplomatic objectives in Iraq” remains an open question. Blackwater “did a superb job doing exactly what we told them to do,” said retired Marine colonel and prominent military scholar T.X. Hammes, quoted partway through Prince’s book. “The problem is what we told them to do hurt the counterinsurgency effort.”

Prince doth protest too much when he describes the extent to which Blackwater was policed by the government — perhaps because of the extensive fines and legal battles he faced as chief executive, which left scars on him and the company. “So from virtually the moment Blackwater’s men arrived in Iraq,” he writes, “they were subject to the American rule of law.” He points to a variety of contractual provisions and powers at the government’s disposal for reining in Blackwater should it choose to do so. Yet, he does not mention that federal criminal law did not effectively extend to Blackwater until 2004, and that very few contractors have faced prosecution since then. He also overplays the extent to which contracting officers policed Blackwater’s misconduct, policing that often was frustrated by the web of companies and subcontracts employed by Blackwater and its customers to perform work in Iraq and Afghanistan. Additionally, Prince exaggerates the extent to which having veterans in the Blackwater workforce aligned the company’s conduct with the nation’s interests abroad. The vast majority of these men and women served with distinction, but their work for Blackwater should not be conflated with service in uniform.

In many ways, Blackwater’s story is a parable for the growth of the national security industry after Sept. 11. Flush with cash from government contracts, Blackwater expanded rapidly, eventually employing thousands, acquiring its own aviation wing and growing big enough to deploy personnel on at least three continents. Along the way, Blackwater’s team also embraced the attitude of its founder, Prince, who stressed getting the job done over compliance with every law or rule. That approach gave the company a quick-response capability the government lacked and envied, but also contributed to Blackwater’s later problems, such as its export control violations, which resulted in a $42 million fine, the largest of its kind in history at the time.

Prince’s book belongs on the shelf next to the memoirs of the other Iraq and Afghanistan war chieftains: Paul Bremer, Ricardo Sanchez, Stanley McChrystal, Donald Rumsfeld and Condoleezza Rice. Along with these other war memoirs, we need Prince’s story to help us understand the history of the post-9/11 wars and the myriad roles contractors played in these conflicts. However, reading Prince’s book should be the first step, not the last, in grasping and questioning the wisdom of sending so many private civilian warriors into harm’s way. Original Story By: Phillip Carter of the Washington Post

4 Responses to “‘Civilian Warriors: Blackwater and the War on Terror’ by Erik Prince”