Defense companies respond to demand for contractors in Ukraine 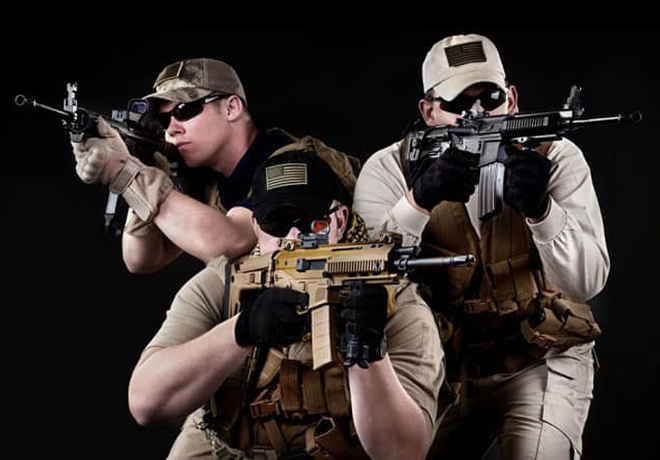 The demand for Private Military Contractors (PMC) in Ukraine is rising by the day, as experts see “a frenzy in the market” for security personnel consisting primarily of former soldiers with combat experience. According to the BBC, some PMC companies are offering between $1,000 and $2,000 a day, excluding bonuses, for those with combat experience who are willing to make the trip to the war-torn country.

Ever since the collapse of Soviet communism in the early 1990s, Eastern Europe has been fertile ground for PMC firms, which are usually employed to provide protection to corporations and wealthy families. Now the demand for PMCs in the region is rising fast and is expected to be constant for the foreseeable future. Currently, PMC jobs in Ukraine, an active warzone, come with a host of physical-security challenges. Experts tell the BBC that most of the missions in which PMCs experts participate involve logistical support and so-called “extraction” operations. These refer to organized efforts to help remove people from Ukraine. They can range from simple to very complex operations, sometimes involving entire families of people who have the means to pay for their security. In such cases, operations may be priced in the millions, with handsome profits for those involved. In many cases, PMCs can charge in excess of $10,000 per person for extraction operations.

Industry insiders stated that a number of non-governmental organizations operating inside or around Ukraine are hiring now PMCs for protection. In such cases, PMC personnel are “supposed to protect people, places or assets, rather than engage in direct combat”. However, there are instances of intelligence agencies that are hiring PMCs in order to extract some of their personnel who have gotten stuck in Ukraine amidst the conflict. These operations are among the most complex because they involve contractual work on behalf of foreign governments.

Meanwhile, the Ukrainian government said last week it would make provisions to offer Ukrainian citizenship to international volunteers who join the ranks of its military. Ukraine’s Deputy Interior Minister, Yevhen Yemen, said in an interview that a special Ukrainian “military passport” will be given to international volunteers. The passport will replace the need for a visa, and can potentially be replaced with a Ukrainian passport for those who wish to acquire citizenship. On the same day, a number of African countries, among them Senegal, Nigeria, and Algeria, cautioned their citizens against traveling to Ukraine to fight in the war in exchange for money or citizenship.