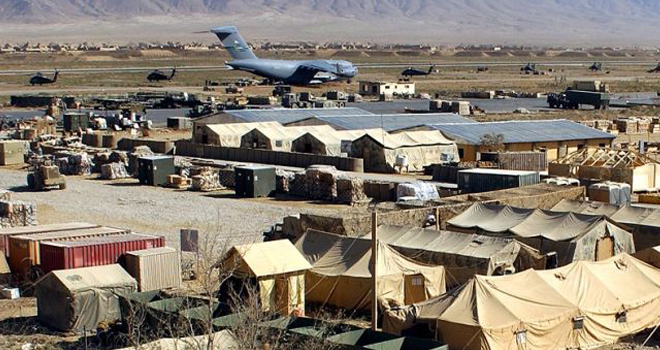 Fluor Corp., which provides services at 70 forward operating bases in northern Afghanistan, was served with the lawsuit this month after a five-year investigation. Former Halliburton Corp. subsidiary KBR, a Houston-based military contractor, was also named in the suit and served notice this month.

The allegations of fraud were brought forward by former Fluor employees. The group sued under a federal law that allows private plaintiffs to file whistleblower cases on behalf of the government. The plaintiffs could receive 30 percent of any funds the government might recover.

The six former employees brought five separate lawsuits, but their lawyers are focusing their efforts on one lead suit brought by Charles R. Shepherd, a former Army officer who served 17 years before retiring as a captain in 1990, and Danny V. Rude, a retired Army first sergeant with 20 years of active duty service. Both began working for Fluor in 2009 and claim that they and the other plaintiffs were all fired in retaliation after complaining about the company’s practices.

The U.S. attorney’s office in South Carolina declined to join the suits in October, after which the claims were unsealed.

Fluor has until March to respond to the claims, according to the Greenville News, which is published in Greenville, S.C., where the Irving, Texas-based company has an office.

A company spokesman told the newspaper that the accusations were “false and misguided” and that the company has substantial evidence to prove this.

Fluor has been providing services such as maintenance and base camp construction for the U.S. military in Afghanistan since 2009 under the Logistics Civil Augmentation IV Program. Prior to that, KBR provided services under the same program.

LOGCAP was designed and implemented by the Department of the Army as a means of outsourcing logistical military support to civilian contractors during war. Fluor’s initial five-year contract was worth $7 billion, according to the suit.

“Fluor profited greatly from its fraud, from the very beginning of its involvement in the LOGCAP and throughout,” the lawsuit said, accusing the Fluor and KBR of charging the government for work it didn’t perform or was not authorized to perform. Fluor is also accused of deploying thousands of unnecessary personnel and other wrongful practices.