Is it safe to say PMC Triple Canopy, has taken Blackwater’s place as the most dominant defense firm in War Zones? 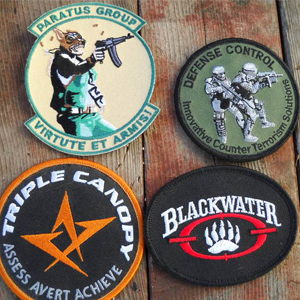 We all know, Blackwater is no more but, Blackwater’s descendants are still scoring big jobs, providing training and embassy security around the world. With fewer contracts coming from Iraq and Afghanistan, consolidation across the security business means that the State Department — which remains heavily dependent on private-sector guards for its embassies and consulates — has a smaller and smaller number of companies from which to choose. That, in turn, means big profits for the remaining heavyweights.

Work on the last major Defense Department contract in Iraq was suppose to be Dec. 15, 2014 when the Iraqi government took over a U.S. facility at Umm Qasr Naval Base. The United States built a ship repair facility there for the Iraqi military back in 2011. U.S. military has continued to try and disentangle itself from Iraq even as a recent surge in ISIS sectarian violence threatens to undo years of hard-won gains.

Triple Canopy had to take over Blackwater's contract in 2009  when the State Department decided to cut Blackwater loose when a refusal by the Iraqi government to renew the firm's operating license because of a September 2007 shooting incident in which the Iraqi government says security guards -- then employed by Blackwater -- fired upon and killed 17 Iraqi civilians.

Since then Triple Canopy has made a fortune as one of Washington’s primary security providers in war zones, and is one of eight companies with a piece of the State Department’s five-year, $10.8 billion Worldwide Protective Services contract, which was signed in 2010 and lays out the terms by which contractors provide security to U.S. diplomatic facilities and personnel across the world. But Triple Canopy also had a variety of smaller contracts with the Pentagon for other work in Iraq, and intends to continue.

A press release from Constellis Holdings last summer revealed Academi (the company formerly known as Blackwater), will join Triple Canopy along with a handful of other high threat security companies under a new management structure named Constellis Holdings.

Why is Blackwater being blamed for increased opium production in Afghanistan (2015) ?