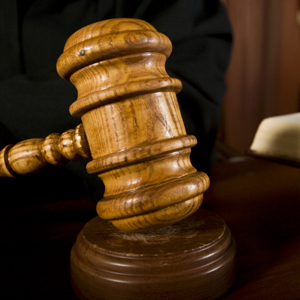 KBR Inc., the Houston-based defense and engineering contractor that has been sued in Oregon and Texas by soldiers who say the company knowingly exposed them to carcinogens in Iraq, has taken its defense to the U.S. Supreme Court.

The company has asked the Supreme Court to determine whether soldiers should be allowed to sue the contractor over activities directed by the U.S. military in foreign countries. The company argues that state tort law should not apply in such situations.

A federal court jury in Portland handed the company a costly loss in the fall of 2012, awarding 12 Oregon Guard soldiers and veterans $85 million after finding KBR showed negligence by allowing them to be exposed to a carcinogenic compound in Iraq in 2003. The judge later reduced the award to $81 million, which the company has appealed to the Ninth Circuit.

The petition to the Supreme Court arises from a parallel case in Texas, where a group of soldiers from other states and the United Kingdom also sued KBR over their exposure to a chemical compound called sodium dichromate, which contains the carcinogen hexavalent chromium. The substance was used by Iraqis to keep water pipes and machinery from corroding, and soldiers said it was stored at Qarmat Ali, the pillaged water plant where they were sent to provide security for KBR employees.

Michael Doyle, who represents soldiers in both the Oregon and Texas cases, said KBR's petition to the high court raises "the same old issues" the company has unsuccessfully raised in Oregon and elsewhere. He predicted the court will not hear the petition.