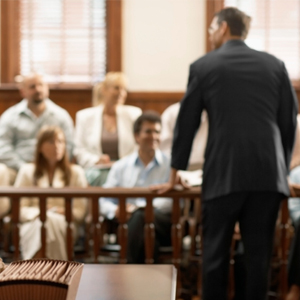 KBR Inc. and Halliburton Co. aren’t automatically immune from lawsuits by military service members over illnesses caused by exposure to contractor burn pits, a U.S. appeals court said, reversing a lower court ruling. KBR is only entitled to immunity if it adhered to the terms of its contract with the government, something the district court failed to explore adequately, U.S. Circuit Judge Henry Floyd wrote in sending the case back for further proceedings.

The unanimous ruling by a three-judge panel in Richmond, Virginia, is the latest rebuff to KBR’s argument that it should be insulated from liability in lawsuits over its performance in Iraq and Afghanistan by laws shielding contractors during wartime. KBR is disappointed by the ruling and is evaluating options for appeal, Richard Goins, a company spokesman said in an e-mailed statement.

“We ultimately believe the U.S. Supreme Court will decide the proper application” of company defenses including that it operated under the military control and direction that confers immunity on a contractor, Goins said.

KBR asked the Supreme Court in January to hear its appeal of an August ruling by a federal appeals court in Philadelphia that revived a lawsuit brought by the family of a soldier electrocuted while taking a shower in his barracks in Iraq.

The family claims that KBR was negligent in servicing the barracks plumbing.

The high court hasn’t decided whether to hear the appeal.

KBR criticized today’s ruling on burn pits, locations where material including medical waste, paint and pesticides were disposed of, for its “misguided” reliance on the Philadelphia decision.

In that case, the Philadelphia appeals court said a contractor can’t claim immunity unless it acted under explicit instructions from military overseers.

“Where the military does not exercise control but merely provides the contractor with general guidelines that can be satisfied at the contractor’s discretion, contractor actions taken within that discretion do not necessarily implicate unreviewable military decisions,” Floyd wrote, citing the Philadelphia ruling.

The burn pit case against KBR and its former parent, Halliburton, consolidates 58 lawsuits alleging harm from exposure to toxic smoke and contaminated water from the pits in Iraq and Afghanistan.

Susie McMichael, a spokeswoman for Houston-based Halliburton, which spun off KBR in 2007, referred an inquiry seeking comment on the ruling to KBR.

Susan Burke, an attorney for the plaintiffs, said her clients look forward to a deeper look at KBR’s activity.

“We’re confident that further discovery will show that KBR acted outside the control of the military,” Burke said in a telephone interview.

According to Floyd’s summary of the case, service members claim injury because KBR “violated military directives in its performance of waste disposal and water treatment services” and breached its contract with the government.

The burn pit litigation and the electrocution suit are among at least five sets of cases involving work in Iraq and Afghanistan that KBR is defending by invoking wartime immunity.

In November 2012, a jury in Oregon awarded $85 million to a group of soldiers who alleged they were poisoned by toxic chromium dust at a KBR worksite in Iraq. KBR is appealing the verdict.

Another set of chromium poisoning cases is being litigated in federal court in Houston.

Also in Houston, the company in January won dismissal of a suit brought by the families of 12 Nepali workers killed while they allegedly were forced to work against their will at company sites in Iraq in 2004.

The burn pit case is In re KBR Inc. Burn Pit Litigation, 13-1430, U.S. Court of Appeals for the Fourth Circuit (Richmond).