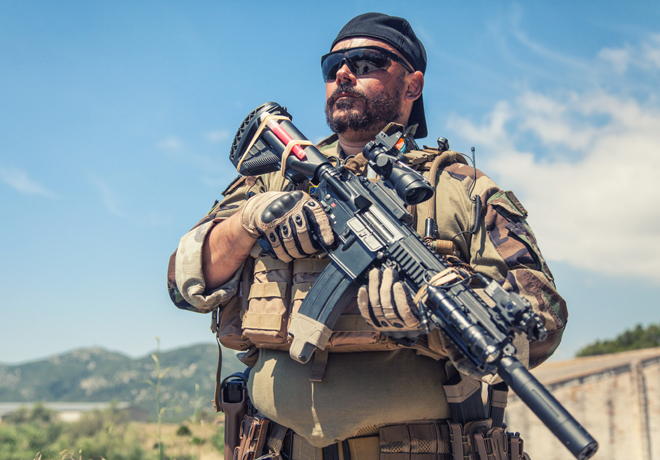 KEY POINTS: During 3rd quarter FY21, USCENTCOM reported approximately 26,887 contractor personnel supporting DoD in the USCENTCOM AOR, a decrease of approximately 10,710 from the previous quarter. The contractor personnel figures in this report are derived
from the USCENTCOM SPOT-ES+ Census in early June, but have since decreased due to ongoing redeployment and related drawdown activities in accordance with the President’s direction. 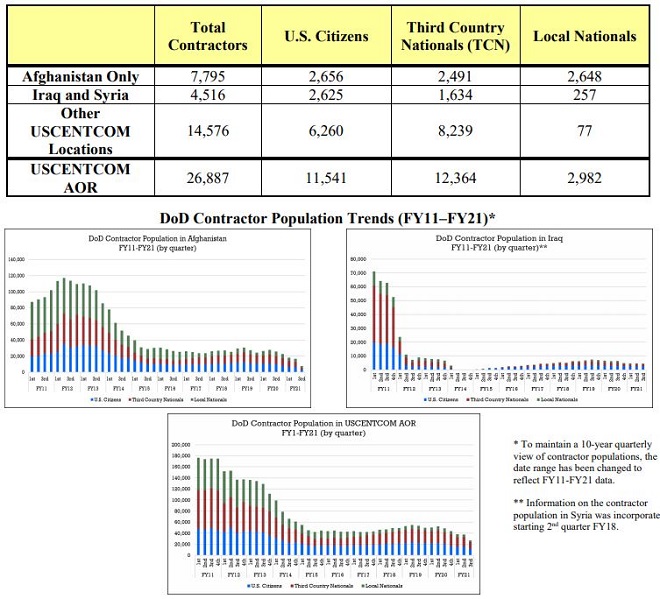 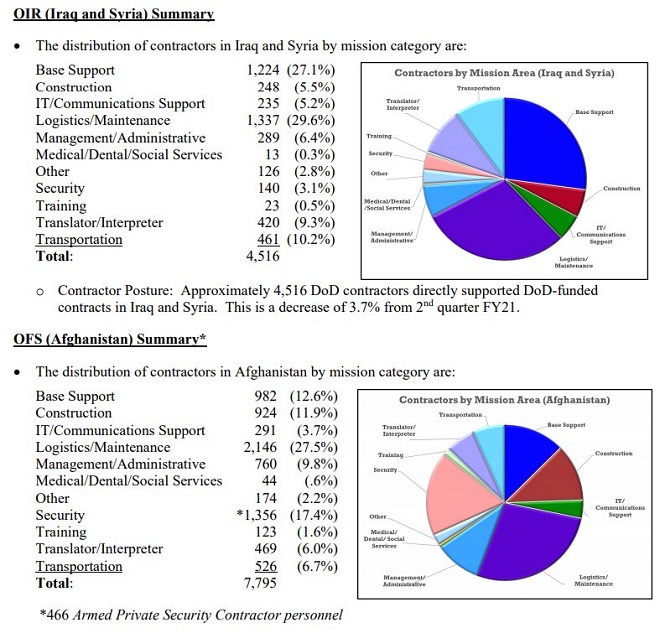 o Contractor Posture: Approximately 7,795 DoD contractors supported operations in Afghanistan during 3rd quarter FY21, a decrease of 53.7% from 2nd quarter FY21. Local Nationals comprise 33.9% of total contractor force; 5,147 U.S./TCN remain in Afghanistan. Significant reductions in requirements for contracted support and contractor populations in the 3rd quarter were driven by decreases in military requirements following the President of the United States (POTUS) announcement of a full withdrawal from Afghanistan by September 2021.

o A total of 466 Private Security Contractors (PSCs) personnel were supporting USCENTCOM operations in Afghanistan as of 3rd quarter FY21. A detailed summary is provided in the following table.

USCENTCOM Vendor Threat Mitigation Branch (VTMB): During the 3rd quarter the VTMB rated 87 entities and determined 67 (77%) were “Acceptable” and 20 (23%) were determined to be “Unacceptable without Mitigation” requiring completion of a Risk Mitigation Plan or Base Access Denial Letters. VTMB also formalized the National Defense Authorization Act (NDAA) FY15, Section 841-843, “Never Contract with the Enemy” process through targeting working groups and a quarterly review board. Additionally, USCENTCOM VTMB is coordinating with the Office of the Deputy Assistant Secretary of Defense for Logistics (ODASD(Log)), through their Vendor Threat Mitigation (VTM) Working Group to unify the process of notifications in accordance with Department of Defense (DoD) wide policy. During this quarter, no entities or persons were identified in accordance FY15 NDAA Section 841 as actively opposing U.S. or Coalitions troops and providing U.S. Government funds, goods or services to the enemy.