Non-emergency personnel working at the U.S. Embassy in Russia told to leave 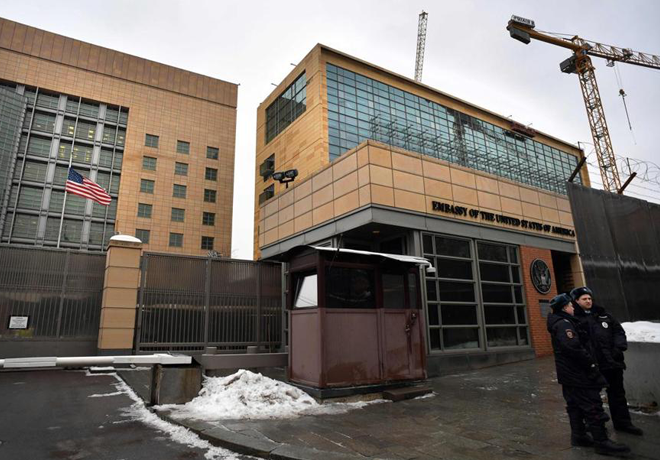 The State Department stated earlier this week that it was suspending operations at the US Embassy in Minsk, Belarus, and authorized departure for non-emergency employees and family members at the Embassy in Moscow due to Russia’s invasion of Ukraine.

If you are in Russia and your U.S. passport expired on or after January 1, 2020, you may be able to use your expired passport to return directly to the United States until March 31, 2022.

While you may only travel directly back to the U.S. on your expired passport, you may seek emergency consular services in a different country as needed. more"

The latest move comes after the US Embassy in Russia called on Americans to leave “immediately” due to airlines canceling flights into and out of Russia and several countries banning Russian airlines from using their airspace.

“US citizens should consider departing Russia immediately via commercial options still available,” the Embassy warned in a statement.

The United States already closed its embassy in Kyiv as Russia prepared the invasion and has been calling for weeks for American citizens in Ukraine to get out.

A small team of US diplomats is handling embassy affairs from the western city Lviv, near the border with Poland.

The US embassies in the Belarus capital Minsk and Moscow were already operating at a reduced level because of tit-for-tat diplomat expulsions going back several years.