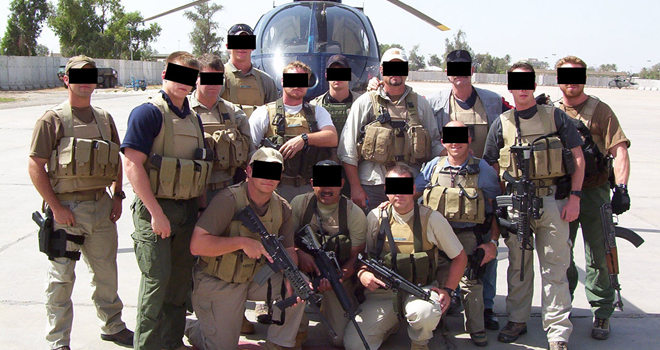 Blackwater USA took out a full page ad in the January/February 2019 issue of "Recoil" magazine with the company's logo and a message: "We are coming."

This article has been edited to clarify that Constellis no longer trains forces at Camp Integrity and that Blackwater, if it returns, would not have a connection to Constellis.

Blackwater founder Erik Prince thinks the time is right to try a new approach in Afghanistan, one that he says will reduce war spending to a sliver of its current levels, get most troops home and eliminate Pakistan’s influence on U.S. policy there: Let him run it.

In an exclusive interview with Military Times, Prince shared new details about his proposed force and why he believes a small footprint of private military contractors and even smaller footprint of U.S. special operators may be able to accomplish what hundreds of thousands of U.S. troops and NATO forces over the last 17 years could not.

Prince first presented the idea as President Donald Trump took office last year, hoping that the president’s long-stated opposition to keeping U.S. forces in Afghanistan would open the door to a privatized presence.

“When I floated this idea last year a lot of people shot it down,” Prince told Military Times, referring to his initial pitch as Trump took office. “I floated it again this year, because I know even days after [Trump] made the decision [to extend the U.S. mission in Afghanistan] last year, how reluctant he was to make that decision.”

But Trump listened to his national security team instead, including critics of the plan like Defense Secretary Jim Mattis, former Secretary of State Rex Tillerson and former National Security Adviser H.R. McMaster.

Mattis' resignation last week comes amid news that President Donald Trump has directed the drawdown of 2,000 U.S. forces in Syria, and 7,000 U.S. forces from Afghanistan, a U.S. official confirmed to Military Times, a story first reported by the Wall Street Journal.

The big question is now, "Is the war in Afghanistan — and possibly elsewhere ― about to be privatized?"