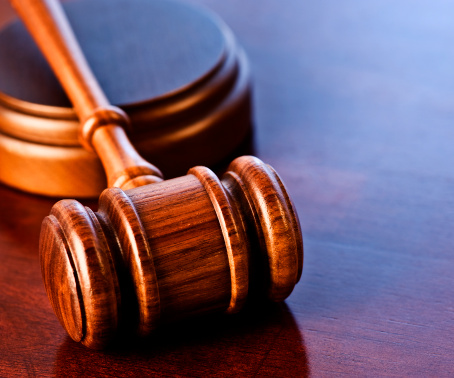 An Afghan construction company sued DynCorp International in Virginia federal court last week, alleging that after it subcontracted with DynCorp to build barracks and related facilities, the military contractor withheld payments and assessed improper back charges.

Omran Construction Consulting & Engineering claims that DynCorp is holding out on it for work it did under DynCorp’s $47.5 million contract with the U.S. Army Corps of Engineers to construct various military facilities for the Afghan National Army.

Omran said during the performance of the subcontract, it encountered numerous delays due to bad weather, DynCorp’s failure to provide materials and changes in the work, none of which were its responsibility.

Despite requesting and obtaining some time extensions from DynCorp, the contractor later informed Omran that it was withholding 10 percent of the agreed upon progress payments and said it would decide on subcontract completion and whether to apply the cut to the assessment of liquidated damages, the suit says.

“DynCorp took such action despite having knowledge of justifiable delays that entitled Omran to time extensions,” the complaint said, adding that one subcontract with DynCorp did not even contain a provision for the assessment of liquidated damages.

The contractor also improperly billed Omran for a number of back charges — costs purportedly sustained by DynCorp for work that was the responsibility of Omran — many of which were time-barred, and didn’t provide Omran with opportunities to address the issues as was required under the subcontracts, according to the suit.

In April 2011, DynCorp said it was closing out the subcontracts, levying $12,627 in back charges and $489,300 in liquidated damages, and stated that it would pay Omran only $218,500, the suit says. Omran balked and refused to sign DynCorp’s release, after which DynCorp dropped its liquidated damages demand to $171,604, but without explanation increased the back charges to $207,062, Omran alleges.

DynCorp ultimately paid Omran $335,106 over a half a million less than what Omran says it is owed. The suit alleges breach of contract, unjust enrichment and violation of the Federal Prompt Payment Act. Representatives for DynCorp could not be immediately reached for comment. The suit is the latest in a barrage of complaints from Afghan businesses over nonpayments by U.S. contractors.

In a June report, a watchdog warned that the disputes over U.S. contractors’ payments to their Afghan subcontractors have become a “serious problem.”

Of the 753 complaints that the Special Inspector General for Afghanistan Reconstruction has received on its investigations hotline since 2009, 183 complaints have revolved around subcontractor nonpayment issues, leading SIGAR to open 52 investigations related to $69 million in alleged nonpayment.

The nonpayments have lead to death threats, work stoppages and strikes, as well as allegations of questionable intervention by the Afghan government, SIGAR reported. In addition to eroding support for U.S. and coalition forces, the disputes threaten to kill off the fledgling businesses that the U.S. is hoping to support and make U.S. contractors less willing to deal with Afghan companies, according to the report.

SIGAR recommended that to crack down on nonpayment, U.S. agencies should leverage False Claims Act litigation and suspension and debarment. www.law360.com

Contract Award: $11.2M for Equipment and Maintenance Support in Afghanistan