OVERSEAS CONTRACTING: Where the military goes, so do contractors 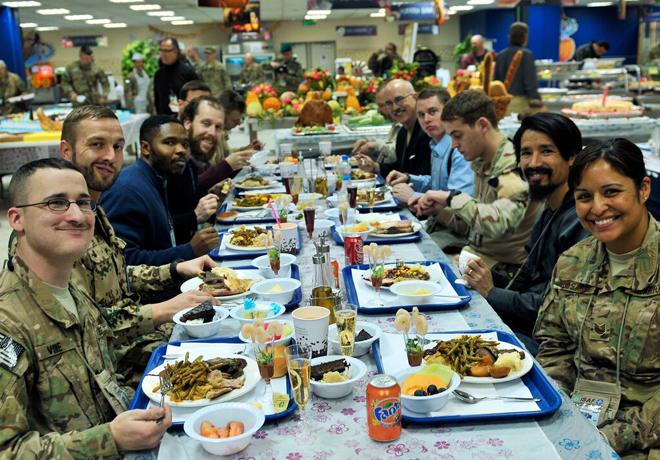 The United States Government employs thousands of individual private and defense contractors every year to work overseas. The Department of Defense, State Department, USAID, and various branches of the military, and employ these companies t0 contract with and employ thousands of people as construction, security personnel, IT specialists, logistics, administrators, food service, doctors, accountants, etc.

The government also contracts with both large and small businesses to provide services and supplies that are used in every facet of maintaining the country’s defense. Breaking into defense contracting requires going through some red tape, and can be difficult at first, but if you are motivated and able to obtain a security clearance, there are many opportunities to be had in this industry.

In the past, the media has often described that military contractors as "new bad guys" and expended considerable effort inventing and publicizing anything evil about contractors that could be passed off as plausible. This led politicians to demand that many contractor jobs be given back to government employees. This was called "insourcing" and once the implications of this were clearly explained (more expensive, less competent), calls for it to happen disappeared.

The presence of so many civilian contractors in the combat zone was first noted by the mass media in Iraq. There were a lot of contractors there and by 2009 there was one civilian contractor for each member of the military in Iraq. Thus half the American force was civilians. Yet this is not the first time this has happened. In the 1990s, half the American peacekeeping force in the Balkans was civilian contractors. No one noticed it back then. In past wars, the percentage varied. During the 1991 Gulf war contractors were only about two percent of the force. That was because the U.S. troops came to liberate Kuwait and leave. Moreover, Saudi Arabia, and the other Gulf States, had bases and plenty of civilian workers they allowed U.S. forces to use for the operation. The American troops basically lived "in the field" as they would in a conventional war while local civilians took care of many support tasks.

One of the top and most controversial contractors KBR, Inc. has been able to land over $50 billion in government contracts in the last decade.

The Houston-based energy-focused engineering and construction firm KBR, Inc., was spun off from its parent, oilfield services provider Halliburton Co. in 2007. Even though the military has largely pulled out of Iraq, private contractors remain on the ground and continue to reap U.S. government contracts. For example, the U.S. State Department has paid $3 billion to private guards for the government’s sprawling embassy in Baghdad. 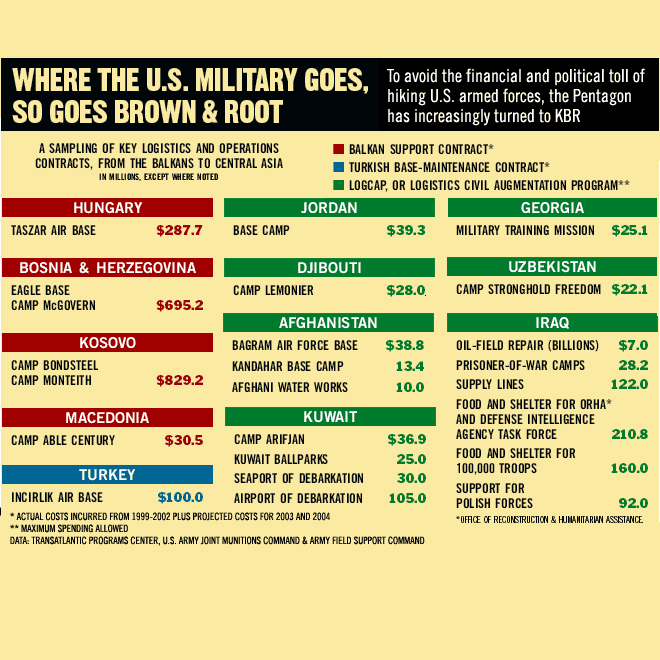 In the Vietnam War, where U.S. troops were there for a long time, contractors were 16 percent of the force. In the Korean War civilians were 28 percent of the force. During World War II it was 12 percent, it was 4 percent in World War I, during the U.S. Civil War it was 17 percent, during the Mexican-American War it was 15 percent, and during the Revolutionary War, it was 18 percent. It was not just the U.S. that was using contractors in Iraq and Afghanistan but many other nations around the world have been doing the same thing. It's particularly popular in Europe, but even Russia and China are picking up on this. And this has been going on everywhere for a long time.

This current trend is actually a return to the past when many of the "non-combat" troops were civilians. Another major change in modern times is the shrinking proportion of troops who actually fight. A century ago most armies comprised over 80 percent fighters and the rest "camp followers (support troops) in uniform." Today the ratio is reversed and therein resides a major problem. Way back in the day, the support troops were called "camp followers," and they took care of supply, support, medical care, maintenance, and "entertainment" (that's where the term "camp follower" got a bad name). The majority of these people were men and some of them were armed, mainly for defending the camp if the combat troops got beat real bad and needed somewhere to retreat to. The military is using a lot more civilians now. In an age when most troops are highly paid volunteers, it's cheaper to hire additional civilians, on short-term contracts, than it is to recruit and train more troops.

The U.S. military has actually been hiring contractors, more and more, since the 1960s, but does not give a lot of publicity to the program. This was mainly because some of the contractors, especially those in medical jobs, get paid far more than someone in uniform doing the same job. But most of them civilians, hired to do what was previously done by soldiers, are making as much, or less, than the troops (including benefits).