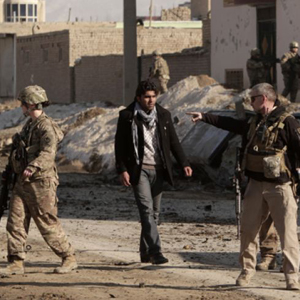 The US-led NATO coalition’s inability thus far to negotiate a bilateral security agreement (BSA) with the Afghan government, necessary for the US and NATO to maintain military forces in Afghanistan beyond 2014, has led many analysts to speculate that Afghanistan’s national security will markedly deteriorate if the country is left to its own devices.

While the successful negotiation of a BSA would formally authorize the United States to maintain between 7000 and 9000 military troops in Afghanistan, if no such authorization materializes, a foreign security force is likely to remain in Afghanistan regardless. In this case, the foreign force is less likely to consist of NATO troops but rather a multitude of private military companies (PMCs), that will continue to operate primarily under the auspices of Western agencies to support diplomatic missions, civil reconstruction efforts and other security operations, says Alessandro Gagliardi.

Although some analysts argue that a BSA will likely be implemented after the upcoming Afghan elections, many others are less confident. In spite of NATO’s greatest efforts to equip and train the Afghan National Security Forces (ANSF), the Taliban and other extremist elements still constitute an aggressive and formidable force that will continue to threaten Afghanistan’s fragile security apparatus. If a BSA can not be negotiated before the end of 2014, what action can be taken, then, to prevent NATO’s decade-long state-building campaign from being squandered and to halt the resurgence of militant extremism?

As explained in a previous article, the use of PMCs has increased significantly over past decades, most prominently in the wars in Iraq and Afghanistan, where private contractors outnumbered state military personnel by significant margins.

By accruing operational and strategic expertise from among military veterans, PMCs have grown into highly effective and professional security forces and could effectively supplant NATO post-2014. Equally important however, in the context of maintaining security in Afghanistan, PMCs will also provide significant political protection to the government agencies that hire them.

According to Dr. Doug Brooks, President of the International Stability Operations Association, although the West remains willing to authorize and symbolically support certain missions, it has largely abrogated responsibility to deploy and maintain a troop presence in regions where it has declining interests. This is understandable given the protracted and complex nature of NATO operations, paired with diminishing public support and the soaring costs associated with expeditionary military operations.

In the absence of NATO forces, the concomitance of Afghanistan’s fledgling domestic security apparatus and resurgent militant extremism is reasonably assumed to invite greater participation by private forces. Indeed, PMCs trace their history specifically to operations in which they focused their resources and expertise to combat potent anti-government and insurgent factions, at the behest of states unable to independently suppress such threats.

A sizeable private military contingent operating under Western auspices to bolster Afghan security may confer political protection relating to accountability and culpability, atypical of force structures consisting exclusively of state security forces. Governments are always accountable for misconduct by state security forces, but in like circumstances involving private forces, company executives are more likely to bear the scrutiny associated with the egregious behaviour of their employees.

Correspondingly, state actors such as the Afghan government and Western agencies may effectively relinquish accountability and culpability for human rights violations and other incidents of grave misconduct by private forces, which are prone to occur during routine operations in unstable security environments such as Afghanistan.

To illustrate, private military contractors shot and killed 17 civilians in Baghdad’s Nisour Square, while providing security for a US State Department convoy. The unprovoked massacre incited tremendous ire among the Iraqi populace towards PMCs, but not towards the Iraqi government or the US agency that hired the PMC. This was of course due to the fact that neither was directly responsible for the massacre, and because both were observed to be taking legal and other investigative actions against the PMC and its employees.

Should a similar tragedy occur in Afghanistan, the Afghan government and the Western agency might likewise escape public scrutiny. Moreover, in order to maintain solidarity with public agitation, and to avoid a public backlash stemming from perceived government unresponsiveness or inaction, they could jointly condemn, investigate and force PMCs to undertake reparatory actions.

From a cost-benefit perspective, in the absence of NATO forces, the Afghan government would benefit from the expert military prowess of PMCs operating under Western auspices, without risk or liability for grave misconduct by private contractors and the subsequent public backlash. In addition, the financial cost of hiring PMCs would be borne by the agencies hiring them, rather than the Afghan government.

PMCs also carry less political baggage concerning casualties and fatalities, which are unavoidable consequences of deploying forces to countries as volatile as Afghanistan. Contractor fatalities are politically inconsequential for governments, while military fatalities on the other hand can pose exceptional liabilities. The accumulation of military fatalities tends to erode public support for military campaigns as the human costs of conflict become increasingly apparent to the public. Such was the case for instance in 2008 when US military fatalities in Iraq reached 4000 and continued to steadily increase thereafter, sending shockwaves through the American public.

By contrast, contractor fatalities are not likely to pose the same risks to public support as those suffered by the military. Information regarding contractor fatalities remains internal to PMCs and is rarely publicized. Thus, the deployment of contractors in place of state military personnel could also mitigate public disenchantment arising from mission-related fatalities, serving as a means to sustain public support in spite of a mission’s despondent trajectory.

PMCs have risen to the fore of expeditionary military, state building, and stability operations amidst unceasing controversy, attributed to numerous and well-documented human rights violations. However, PMCs’ ascendancy will persist in spite of such misconduct, as a result of the benefits they provide to the government authorities that hire them.

As reported by Alessandro Gagliardi

Alessandro Gagliardi graduated with a Bachelors degree in Political Science from the University of British Columbia-Vancouver. Immediately after graduation Alessandro was employed in the defense industry with a private Canada-based defense contractor. He has since gained experience tendering for defense contracts and has participated in numerous other industry projects. Alessandro’s primary research interests include American and Canadian foreign policy, Canadian defense procurement, the deployment of armed civilian contractors to conflict zones, and human rights.