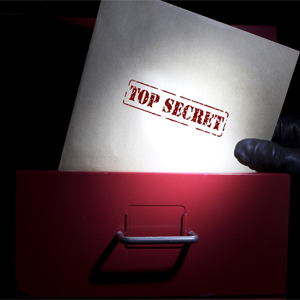 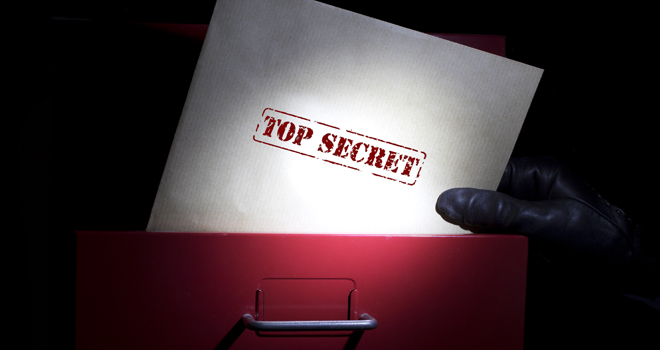 Loren Thompson— The U.S. government limits access to sensitive information by granting (or denying) security clearances after conducting background investigations. The system is expensive to administer, because five million Americans hold active clearances, and over a hundred federal agencies require clearances to participate in certain aspects of their work. In addition to such well-known designations as Secret and Top Secret, there are numerous specialized types of clearances with names like Majestic, Cosmic and Ultra that require rigorous background checks.

The government is not keeping up with the demand for clearances. As of last month, the National Background Investigations Bureau within the Office of Personnel Management -- which performs 95% of federal background checks -- had accumulated a backlog of 570,000 applications. Delays in granting initial Top Secret clearances are averaging over 500 days. Average time required to receive an initial Confidential/Secret clearance, one of the least demanding in terms of required background checks, is 262 days.

These delays have been particularly hard on industry, because it is difficult to attract and retain talent when new employees may have to cool their heels for a year or longer before beginning work on classified programs. One big contractor reports that as of April, 72% of the clearances it has requested since January of 2016 were still awaiting initial clearance determinations. Another contractor reported 75% of requests for background checks or periodic reinvestigations were still pending after 18 months; 10% were still pending after 24 months.

The hidden cost to taxpayers of these long delays is huge. An engineer hired at a defense contractor for $100,000 per year will cost the company $725 per day in salary and benefits, which gets added to overhead if they cannot work on the project for which they were hired. If the wait to receive an initial clearance determination is 300 days, it will cost the company $217,500 -- which then gets billed to the government as a price of doing business. Multiply this number by the tens of thousands of workers awaiting clearances, and you see the problem.

But the waste does not end there. When clearances take a year or longer to process, programs are delayed, workers are under-employed, and holding on to the people who are most in demand becomes a challenge. Nobody rigorously tracks what all this inefficiency costs the government, but over time it is undoubtedly in the billions of dollars. Imagine hiring a bright young employee and then having to wait 351 days to receive final determination on a simple Secret clearance before they can actually be assigned to the tasks for which they were sought.

The problem has gotten so bad that OPM has begun loosening its standards to cope with the backlog. In February it modified its requirement for five-year reinvestigations of Top Secret clearances on some special-access programs because it couldn't keep up with demand. So now the delays are not only wasting money, they are potentially compromising the security of programs for which clearances were granted in the first place. Obviously, the system needs major reform.

The Obama Administration belatedly recognized the problem during its last year in office, and began transitioning to a new approach with the creation of the National Background Investigations Bureau, which superseded the old Federal Investigative Service. Under the Obama plan, OPM would partner with the Department of Defense in replacing antiquated computer systems, barriers to accessing criminal history records would be torn down, and much of the current clearance and credentialing process would be automated.

It's hard to argue with any of that, but the last year of an administration isn't the optimal time to launch a major reorganization. The new bureau is a work in progress that so far hasn't gotten much attention from the Trump administration. Even if it does, the unpredictable way in which the government budgets could undermine whatever progress is occurring. The delays in granting clearances grew worse after the Budget Control Act imposed arbitrary caps on discretionary spending, beginning in 2012.

This seems like the kind of challenge that bodies such as the Aerospace Industries Association could help shepherd through the bureaucracy to a successful outcome. Few organizations understand the nexus between industry and government better than AIA, and reform of the clearance process needs an advocate outside the government. Every military contractor that belongs to the industry associations is being harmed by defects in the current system, so perhaps places like AIA could weigh in to keep the reform process on track.

The onslaught of cyber crimes in recent years has yielded a host of innovations for continuously tracking the behavior of cleared personnel, identifying the telltale signs of insider threats, and otherwise assisting in the protection of sensitive information. Somebody needs to be identifying new tools that can help streamline the security process and minimize the waste associated with delayed clearances. Leading industry associations like AIA seem well positioned to help fix this problem.

Your Pay: The Average Salary of Contractors in Combat Zones