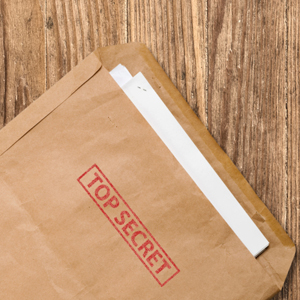 “The average cost to process a TOP SECRET clearance is between $3,000 and about $15,000, depending upon individual factors. . . . The law requires that contractors pay most of the costs of obtaining clearances for their employees.”

“. . . civilian companies who do classified work for the Department of Defense (DoD), or a national security related contract, must bear the cost of security clearances for their employees and clearance investigations can cost several thousands of dollars.”

Some explanation of these figures is necessary. About 25% to 30% of DoD NACLCs are adjudicated by computer (eAdjudication) and require minimal human involvement. SSBIs generally contain more investigative reports than NACLCs and therefore take longer to review. All SSBI-PR contain some security or suitability issues and therefore take significantly longer to review than other investigations. All PPRs are clean cases. If an issue is developed on a PPR, the investigation is converted to an SSBI-PR.

As stated earlier, the cost of front-end clearance processing and clearance maintenance activities are largely unknown, and no reliable data are available to estimate the cost of these activities. But some generalizations are possible. OPM claims that completing the March 2010 version of the SF86 “is estimated to average 150 minutes per response, including time for reviewing instructions, searching existing data sources, gathering and maintaining the data needed, and completing and reviewing the collection of information.” This is probably accurate because the average is heavily weighted by military accessions, who tend to be young people with limited employment, residences, school, credit, etc. For the “average” contractor 240 to 300 minutes is probably a more reasonable estimate.

Facility Security Officers (FSO) will initially spend about 120 minutes per applicant in processing them in Joint Personnel Adjudication System (JPAS), reviewing their SF86, taking fingerprints, checking clearance status, and providing an initial security briefing. In the case of an existing employee, who requires a Top Secret clearance, additional time will be spent by the FSO, the applicant, his/her supervisor, and other employees for interviews with an investigator. These interviews will average from 15 minutes for other employees to about 60 minutes for the applicant. This also applies to employees who only require a Secret clearance, but whose personal histories contain significant security issues. Beyond this there are annual security briefings, travel briefings, visit requests, and debriefings.

In the past, non-productive (or partially productive) time while waiting on a clearance was a major cost to employers. It’s still a major cost, but it has gone down considerably in the past 4 years as the average end-to-end processing time for most initial clearances has reportedly declined from 179 days to 65 days. Many employers have been able to avoid some of the direct costs of SF86 preparation and clearance delays by using Conditional Offers of Employment and not hiring job candidates until they receive either an interim or final clearance. But when an employee encounters a major problem with an initial clearance, clearance upgrade, or clearance renewal, it can cost an employer thousands of dollars in lost productivity. These problematic cases can involve upwards of one hour a week for the FSO, supervisor, and employee until the problem is resolved. - www.clearancejobs.com

Considerations You Should Make Before You Deploy to a Combat Zone

Your Pay: The Average Salary of Contractors in Combat Zones