Sources Say, Erik Prince was hired by crown prince of Abu Dhabi to put together a 800-member battalion 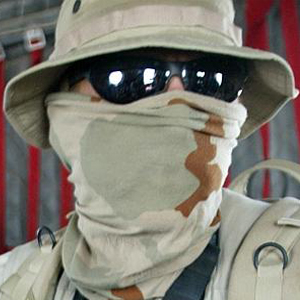 According to the New York Time, Erik Prince billionaire founder of Blackwater was hired by the crown prince of Abu Dhabi to put together an 800-member battalion of foreign troops for the U.A.E., according to former employees on the project, American officials and corporate documents obtained by a reputable source.

The force is intended to conduct special operations missions inside and outside the country, defend oil pipelines and skyscrapers from terrorist attacks and put down internal revolts, the documents show. Such troops could be deployed if the Emirates faced unrest in their crowded labor camps or were challenged by pro-democracy protests like those sweeping the Arab world this year.

The U.A.E.’s rulers, viewing their own military as inadequate, also hope that the troops could blunt the regional aggression of Iran, the country’s biggest foe, the former employees said. The training camp, located on a sprawling Emirati base called Zayed Military City, is hidden behind concrete walls laced with barbed wire. Photographs show rows of identical yellow temporary buildings, used for barracks and mess halls, and a motor pool, which houses Humvees and fuel trucks. The Colombians, along with South African and other foreign troops, are trained by retired American soldiers and veterans of the German and British special operations units and the French Foreign Legion, according to the former employees and American officials.

In outsourcing critical parts of their defense to mercenaries — the soldiers of choice for medieval kings, Italian Renaissance dukes and African dictators — the Emiratis have begun a new era in the boom in wartime contracting that began after the Sept. 11, 2001, attacks. And by relying on a force largely created by Americans, they have introduced a volatile element in an already combustible region where the United States is widely viewed with suspicion.

The United Arab Emirates — an autocracy with the sheen of a progressive, modern state — are closely allied with the United States, and American officials indicated that the battalion program had some support in Washington.

“The gulf countries, and the U.A.E. in particular, don’t have a lot of military experience. It would make sense if they looked outside their borders for help,” said one Obama administration official who knew of the operation. “They might want to show that they are not to be messed with.”

Still, it is not clear whether the project has the United States’ official blessing. Legal experts and government officials said some of those involved with the battalion might be breaking federal laws that prohibit American citizens from training foreign troops if they did not secure a license from the State Department.

For Mr. Prince, a 41-year-old former member of the Navy Seals, the battalion was an opportunity to turn vision into reality. At Blackwater, which had collected billions of dollars in security contracts from the United States government, he had hoped to build an army for hire that could be deployed to crisis zones in Africa, Asia and the Middle East. He even had proposed that the Central Intelligence Agency use his company for special operations missions around the globe, but to no avail. In Abu Dhabi, which he praised in an Emirati newspaper interview last year for its “pro-business” climate, he got another chance.

BY: MARK MAZZETTI and EMILY B. HAGER of the NEW YORK TIME

3 Responses to “Sources Say, Erik Prince was hired by crown prince of Abu Dhabi to put together a 800-member battalion”