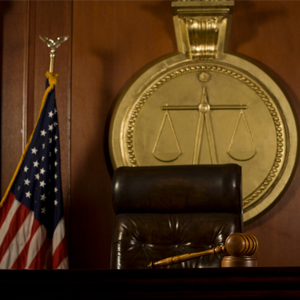 The government has filed a complaint against Kellogg, Brown & Root Services Inc. (KBR) and Kuwaiti companies La Nouvelle General Trading & Contracting Co. (La Nouvelle) and First Kuwaiti Trading Co. (First Kuwaiti) for submitting false claims in connection with KBR’s contract with the Army to provide logistical support in Iraq, the Department of Justice announced. KBR is an engineering, construction and services firm headquartered in Houston, Texas. Kuwait-based La Nouvelle and First Kuwaiti provided transportation, maintenance and other services in support of KBR’s contract with the Army.

“We depend on companies like KBR and its subcontractors to provide valuable services to our military,” said Assistant Attorney General for the Justice Department’s Civil Division Stuart F. Delery. “We will ensure that contractors do not engage in corrupt practices at the expense of our troops abroad, while profiting at the expense of taxpayers at home.”

Allegedly, KBR made claims to the government, knowing them to be false, under a contract with the Army to provide wartime logistical support, known as the Logistics Civil Augmentation Program (LOGCAP) III. The award of LOGCAP III paved the way for the company to become a critical source for logistical support services in Iraq, which included transportation, maintenance, food, shelter and facilities management. KBR performed many of these services through subcontracts awarded to foreign companies local to the region, such as La Nouvelle and First Kuwaiti.

In its complaint, filed in federal court in Rock Island, Ill., the government alleged that, in 2003 and 2004, KBR employees took kickbacks from La Nouvelle and First Kuwaiti in connection with the award and oversight of subcontracts awarded to these companies. KBR then claimed reimbursement from the government for costs it incurred under the subcontracts that allegedly were inflated, excessive or for goods and services that were grossly deficient or not provided. For example, KBR allegedly awarded La Nouvelle a subcontract to supply fuel tankers for more than three times the tankers’ value. La Nouvelle later rewarded the KBR employee who awarded the subcontract with a $1 million bank draft. As another example, KBR allegedly continued to make monthly lease payments to First Kuwaiti for trucks KBR had already returned to the subcontractor. KBR billed the government for the costs of both of these subcontracts. The lawsuit also alleges that KBR used refrigerated trailers to transport ice for consumption by the troops that had previously been used as temporary morgues without first sanitizing them.

“Our office investigated the actions of KBR and related companies, as well as certain KBR employees,” said U.S. Attorney for the Central District of Illinois Jim Lewis. “We were able to obtain criminal convictions against several subcontract managers whose actions were illegal and caused damage to our military, and we are now committed to pursue these civil claims against the companies themselves.”

The U.S. Attorney’s Office in Rock Island has convicted 10 companies and individuals in connection with wartime contracts in Iraq. The convictions include three KBR subcontract managers who admitted taking kickbacks or making false statements in connection with the allegations made in the government’s complaint. Anthony J. Martin pleaded guilty in 2007 to taking kickbacks in return for awarding First Kuwaiti subcontracts for trucks and trailers and also admitted including the amount of the kickbacks in the price of the subcontracts. In 2005, Jeff Alex Mazon pleaded guilty to making a false written statement in connection with a subcontract for fuel tankers awarded to La Nouvelle in 2003. And in 2006, Stephen Lowell Seamans admitted taking kickbacks from La Nouvelle, during a guilty plea to a kickback arrangement with another subcontractor, Saudi Arabia-based Tamimi Global Co. Ltd. (Tamimi). The government previously entered into criminal and civil agreements with Tamimi in which Tamimi paid the U.S. government $13 million, including $7.4 million for civil claims and $5.6 million in criminal fines, to resolve its liability for the kickbacks.

The government is suing KBR, La Nouvelle and First Kuwaiti under the False Claims Act, as well as the Anti-Kickback Act.

“Contractors and subcontractors are expected to comply with their statutory obligations and act in good faith when dealing with the United States government,” said Special Agent in Charge of the Defense Criminal Investigative Service’s Southwest Field Office Janice M. Flores. “The lawsuit demonstrates the commitment of DCIS and its partner agencies to prevent false billing and corrupt practices involving the military contracting process.”

Some of the allegations contained in the government’s complaint were originally alleged in a lawsuit filed in a federal court in Houston by a whistleblower, Bud Conyers, under the qui tam provisions of the False Claims Act. The case was later transferred to the U.S. District Court for the Central District of Illinois in Rock Island, Ill., where LOGCAP III is administered by the Department of Defense at the Rock Island Arsenal. The False Claims Act authorizes private parties to sue, on behalf of the government, companies and persons whom they believe have falsely claimed federal funds and to share in any recovery. The Act also allows the government to intervene and take over the action, as it has done in this case. The government notified the court earlier this year that it was intervening in Conyers’ case and intended to file its own complaint with additional allegations.

The case is captioned United States ex rel. Conyers v. Kellogg Brown & Root Inc. et al., No. 4:12-cv-04095-SLD-JAG (C.D. Ill.). The claims asserted in this case are allegations only; there has been no determination of liability except to the extent of admissions made in the criminal proceedings. USDOJ - http://www.justice.gov/

Department of Justice Warns of Fallout in Army vs. KBR Contract Dispute

Iraqi Based Construction Company Pays $2.7 Million to US for Alleged False Claims in Bribery Scheme