U.S. turn to private contractors in new strategy for Afghanistan and South Asia 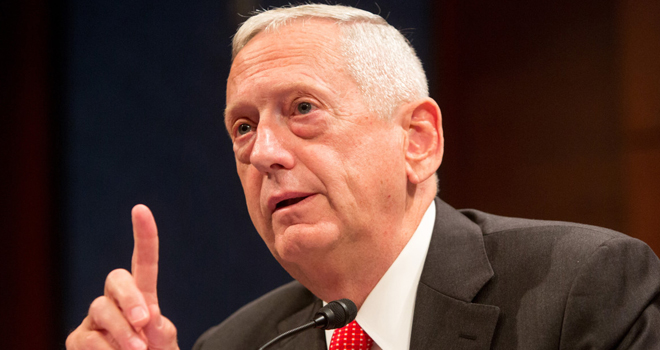 Jeff Seldin — U.S. policymakers are “very, very close” to a new military strategy for Afghanistan and South Asia, but options still range from withdrawal to an increased reliance on private security contractors.

“I believe we are close,” Defense Secretary Jim Mattis told reporters late Monday, cautioning a range of options are under consideration. “We’re sharpening each one of the options so you can see the pluses and minuses of each one,” he said.

The U.S. has about 8,400 troops in Afghanistan helping Afghan forces fight the Taliban, while also targeting militants aligned with the al-Qaida and Islamic State terror groups. Plans to send perhaps an additional 4,000 troops to boost U.S. efforts there have been delayed while the White House and military planners review various options.

One possibility that has reportedly caught the President Donald Trump’s attention is a proposal to decrease U.S. reliance on its military forces and instead turn to private contractors.

One plan put forward by the founder of a private security firm, formerly known as Blackwater, calls for replacing U.S. troops with about 5,000 contractors who would be backed by a 90-plane private air force.

Prince described Washington’s current approach “very chaotic and disorganized,” and says his plan would get the job done for less than $10 billion a year.

Afghanistan’s government has not yet officially responded to the proposal. But a senior Afghan defense official told VOA, “The plan has legal problems and raises questions about our mutual security agreements with the U.S.”

Still, Mattis said the possibility of using more private security contractors has not been ruled out.

“It’s part of the options being considered, and the president is open to the advice of the secretary of state and myself and the director of CIA,” he said.

Trump reportedly suggested firing Nicholson last month for not winning the war against the Taliban.

But when asked if Trump remained confident in Nicholson’s leadership, Mattis said, “Ask the president.”

The Case for Private Contractors in Northern Nigeria