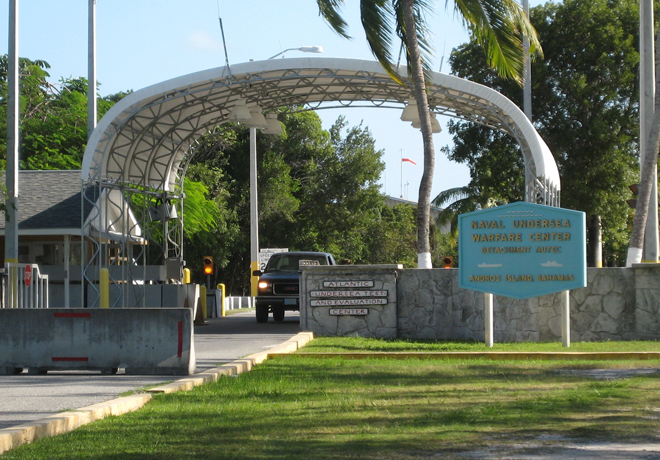 The U.S. Navy's Atlantic Undersea Test and Evaluation Center (AUTEC) is an instrumented laboratory that performs integrated three-dimensional hydrospace/ aerospace trajectory measurements covering the entire spectrum of undersea simulated warfare: calibration, classifications, detection, and destruction. Its vital mission is to assist in establishing and maintaining the naval ability of the United States through testing, evaluation, and underwater research.

AUTEC is located on Andros Island within the Bahamas, the largest of the 26 inhabited Bahamian Islands. Politically considered a single island, Andros in total has an area greater than all the other 700 Bahamian islands combined. 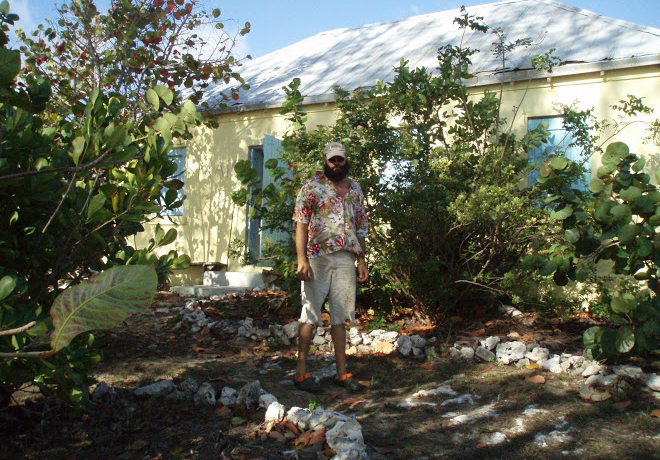 The land area of Andros consists of hundreds of small islets and cays connected by mangrove estuaries and tidal swamplands, together with three major islands: North Andros, Mangrove Cay, and South Andros. The land area is as large as the state of Delaware in the United States.

The Bahamas is usually associated with tourism, but actually, Andros Island is the least-explored island in the chain. From Nicholls Town in the north to Little Creek in the south are 35-40 hotels, motels, resorts, guest houses, and lodges (the number varies), with a total of approximately 400 rooms. Tourists are composed primarily of scuba divers, attracted to the barrier reef, Tongue of the Ocean, and the Blue Holes; bonefishing anglers, and those looking for relaxation at a destination that, while off the beaten path, has easy air connections. 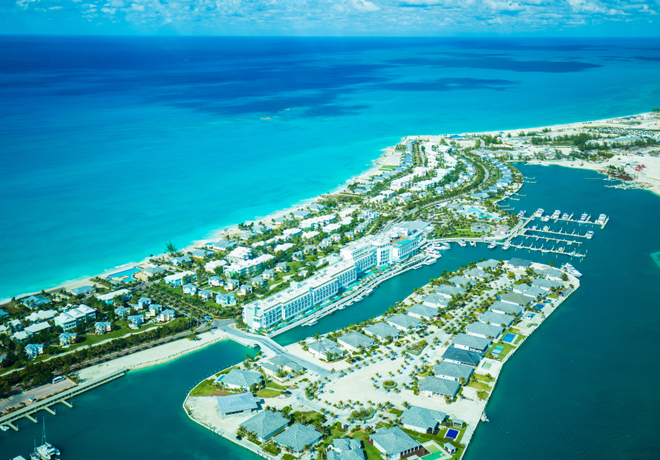 During the 1940s and 1950s, the U.S. The Navy's need for a deep water test facility became so apparent that in 1958 the Chief of Naval Operations established an advisory group to determine the location and specifications for testing underwater vehicles, weapons, and weapon systems. As a result of the extensive studies of this group, the Secretary of the Navy in November 1959 directed the establishment of the Atlantic Undersea Test and Evaluation Center (AUTEC) under the Bureau of Ships (now the Naval Sea Systems Command) to provide a deep water, test and evaluation facility for making an underwater acoustic measurement, testing sonar, and providing accurate underwater, surface and air tracking data on ships and weapons in support of the U.S. Navy's antisubmarine and undersea research and development programs.