Working on U.S. bases in the Philippines 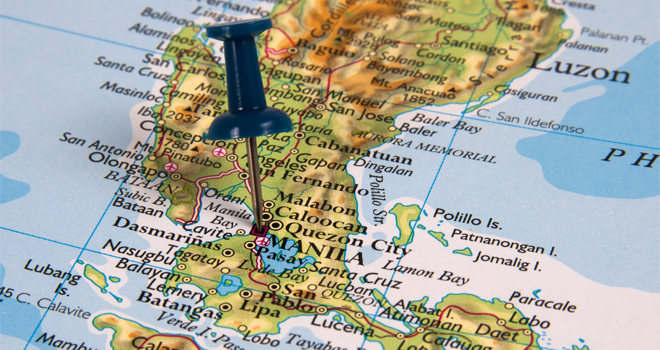 Contractors working in the Philippines will find themselves in an ethnically diverse and multicultural working environment that has been influenced by Spanish, American, Malay, and Chinese cultures and traditions. The country has a highly skilled and educated workforce, and a thriving economy.

The economic boom and presence of international corporations have made the Philippines a popular destination for ex-pats seeking work opportunities abroad. The mining, construction, and tourism industries offer the most opportunities for ex-pats. Many also move to the Philippines to teach a foreign language, while call centers and other business outsourcing units are other booming sectors.

Recent Activity on the Island

The Philippines has offered the United States eight bases where it can build facilities to store equipment and supplies under a new security deal, a military spokesman said last week, amid rising tension with China over the South China Sea.

Currently, contractors such as DynCorp International already have contracts under Naval Facilities Engineering Command Pacific (NAVFAC Pacific) to provide operations support services within the Republic of the Philippines.

Antonio Bautista Air Base. Located near the capital of the island province of Palawan, which is strategically located near the contested Spratly Islands in the South China Sea.

Basa Air Base. Located about 40 miles northwest of the Philippines' capital, Manila, the airbase was originally constructed by the U.S. Army Air Corps before the Second World War.

Lumbia Air Base. Located on the southern island of Mindanao, the airbase is connected to a civilian airport. Local media reports say construction of a new U.S. facility will begin soon.

Mactan-Benito Ebuen Air Base. Located on Mactan Island on the coast of Cebu in the central Philippines. It was originally built by the U.S. Air Force before the American pullout in the early 1990s.

The U.S. plans to set up “permanent logistics facilities to support rotational deployments,” said one defense official familiar with the agreement. The Pentagon is likely to invest heavily in construction projects to enhance capacity at those five bases.