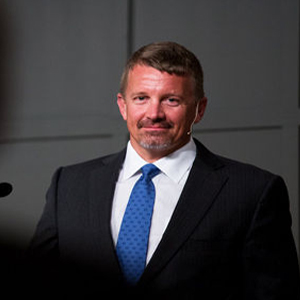 The founder of Blackwater, once the world’s most notorious security contracting firm, seemed stumped by his interrogator’s question.

Could Erik Prince — a former Navy SEAL who reportedly worked as an undercover CIA operative — specify how much of his best-selling memoir he wrote himself? “I don’t know, because — I don’t know,” Prince said during a day-long deposition at a Northern Virginia law office about a year ago.

“Do you have a specific recollection of writing any of this book?” the opposing attorney asked. “Absolutely,” Prince replied.

“And can you identify for me, by chapter number or page number, where that written contribution is?”

In October, a federal jury in Washington convicted four former Blackwater guards in the 2007 fatal shooting of 14 unarmed Iraqis in Baghdad. But much less well known is the marathon lawsuit in Northern Virginia between the Blackwater founder and Robert Young Pelton, a freelance journalist and owner of a survival-gear business.

The dispute is not about Prince’s old company or war-zone shootouts. It’s about the messy collaboration behind his memoir and his business dealings with Pelton, whose DPx Gear sells heavy-duty knives for conflict zones, among other things.

For more than a year, Prince, 45, and Pelton, 59, have been locked in legal warfare over Prince’s 2013 book, “Civilian Warriors,” published by Portfolio Penguin. The memoir, which mostly justifies Blackwater’s behavior in the war zone, sold nearly 46,000 copies in hardcover, according to Nielsen Bookscan. Late last year, the filmmaker behind “The Hurt Locker” reportedly acquired the book’s rights for a Prince biopic.

But Pelton contends in Loudoun County Circuit Court that Prince owes him more than $1 million for helping to edit and market “Civilian Warriors” to the publishing industry, and for unreimbursed expenses and management fees from a contract to rejuvenate the tainted Blackwater brand with knives, apparel and even a graphic novel called “Roll Hard.”

Prince, a part-time resident of Middleburg, Va., is countersuing and seeks more than $1 million from Pelton. He alleges that Pelton violated their Blackwater brand contract by diverting hundreds of thousands of dollars to Pelton’s line of survival gear and to a Pelton-owned Web site devoted to Somalia.