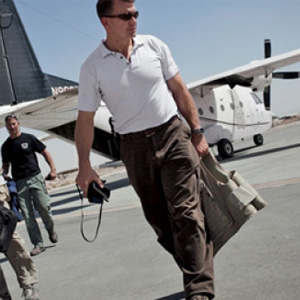 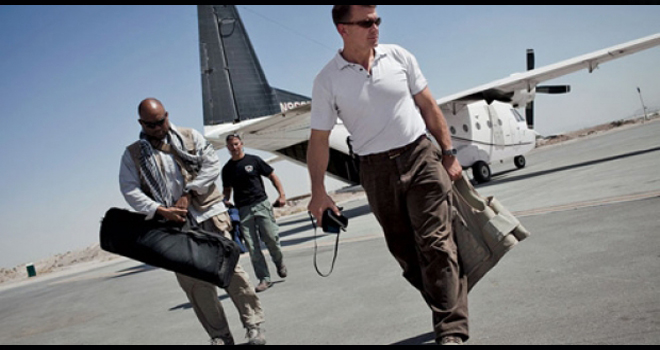 When the war on terror has lost the founder of Blackwater, counterterrorism efforts could be in real trouble. Why Erik Prince thinks the national security state has become too big. Erik Prince is not the kind of man one expects to make the case for slashing U.S. intelligence and military budgets. After 9-11, his company, Blackwater, expanded exponentially, winning contracts to protect diplomats and politicians in Iraq and to train and work with CIA paramilitary teams hunting terrorists.

In an interview, Prince said the national security state he once served has grown too large.

“America is way too quick to trade freedom for the illusion of security,” he told The Daily Beast. “Whether it’s allowing the NSA to go way too far in what it intercepts of our personal data, to our government monitoring of everything domestically and spending way more than we should. I don’t know if I want to live in a country where lone wolf and random terror attacks are impossible ‘cause that country would look more like North Korea than America.”

Today Prince is out of the contracting business and is promoting a book telling his side of the Blackwater story. To be sure, he accuses Democrats of abusing state power to wage a political war on him and the media of aiding and abetting that campaign.

Prince’s new book, Civilian Warriors, recounts in detail the battles Prince waged in the last decade over his company. He writes, for example, about a conversation at one point with his accountant, who claimed an IRS auditor told him that he was never under such pressure to get someone as he was in the case of Prince. He takes shots at the left-wing lawyers who brought civil suits related to the incident at Nisour Square, a traffic circle in Baghdad where Blackwater contractors killed 11 Iraqis. Prince says the evidence shows the incident was a firefight and not, as his critics alleged at the time, a massacre of an unarmed crowd. And he complains that the media coverage of Blackwater was biased and often wrong.

But despite attacking Blackwater’s many critics in the book, Prince also sounds a bit like them when discussing what he considers President Obama’s counterterrorism policies.

“I am all in favor of killing terrorists,” Prince said. “But the fact that [Anwar] al-Awlaki was killed and his 16-year-old son, born in Colorado, was killed with no due process other than that he got on the ‘kill list’ is troubling to me.” The Obama administration has claimed that Awlaki, an American citizen who was killed in a drone strike in 2011, was an operational leader of al Qaeda’s affiliate in Yemen.

Prince said he believes al-Awlaki’s son was deliberately targeted in a second strike after the one that killed Awlaki. The Obama administration has said that strike was not targeting Awlaki’s son, but someone else.

Prince also said the over-reliance on drone warfare in the Middle East and South Asia would likely reap “a bitter harvest,” because of the scale of collateral damage from drone strikes. He said it was wiser to send in small teams to such denied areas to find and target terrorists, or outsource this kind of work to local surrogates.

Prince was most animated on the subject of the military and intelligence budgets.

Prince said the case of Umar Farouk Abdulmutallab, a Nigerian national who nearly blew up an airplane full of passengers on Christmas Day in 2009, illustrated this case. “If it wasn’t for a sweaty groin, that airplane would have blown up,” Prince said. “His father warned the CIA station in Abuja, they ignored intercepts, State Department never did a thing with his visa.” Prince said that despite $80 billion a year in spending, U.S. intelligence had nothing to do with thwarting the Nigerian national.

Today, Prince said, he is focusing his business on expanding markets in Africa. He said he will never work for the U.S. government again. When asked if he would run for president, Prince said there was no chance that he would. For now he is not that focused on presidential politics at all. But when that election cycle does roll around, Prince said, “I will support vigorously whoever commits to reduce the size of government the most.”

By Eli Lake of The Daily Beast

Sources Say, Erik Prince was hired by crown prince of Abu Dhabi to put together a 800-member battalion

One Response to “Blackwater Founder Erik Prince: War on Terror Has Become Too Big”