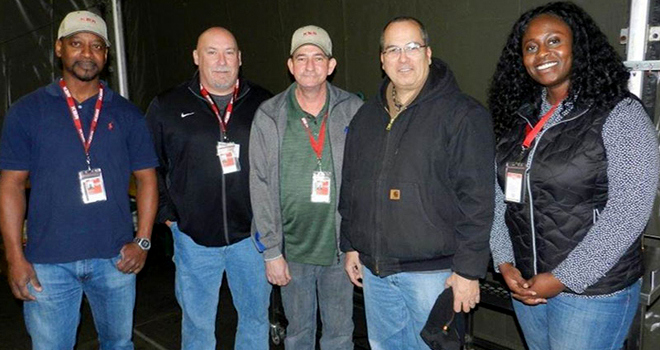 On February 5, 2017 KBR completed an exceptionally significant letter of technical direction (LOTD) from the US Government to organize a special meal on the eve of this year's Super Bowl, the annual championship game of the National Football League, for all US soldiers at three military camps in Poland supporting Operation Atlantic Resolve (OAR).

KBR's site leads and dining facility (DFAC) supervisors pulled out all the stops to ensure the soldiers had a terrific pre-game spread, including steak, chicken wings, burgers and hotdogs. Several soldiers commented they felt like they were back at home tailgating with their family and friends – which the KBR team considered the highest praise.

Following the dinner service, all the soldiers at Camp Karliki mustered inside KBR-provided maintenance tents to watch the game. Due to the high number of troops on site, KBR provided extra accommodations so that everyone could watch the game. With the weather averaging about 20° F (-6° C), KBR kept the soldiers comfortable with heated maintenance tents.

Unbeknownst to the soldiers in Poland, plans were underway by Hyundai to provide a few select soldiers the opportunity to experience the game inside specially-designed 360-degree immersive pods that made them feel as if they were in the football stadium watching the Super Bowl game in person. Even more special, Hyundai had arranged for each soldier's family members to attend the game as well so that each soldier had the virtual experience of watching the game together with their family members despite being deployed thousands of miles across the world.

Earlier that day, FOX News and Hyundai personnel mobilized on the site to set up huge high definition 4K resolution TV's in one of KBR's maintenance tents and three large oval pods in the second maintenance tent. Three soldiers from various Infantry divisions got to experience the game inside the individual 360-degree immersive pods with the highlight of an unexpected reunion with their family courtesy of Hyundai. These special experiences were captured on film and aired world-wide following the final play of the 2017 Super Bowl and can be viewed here. 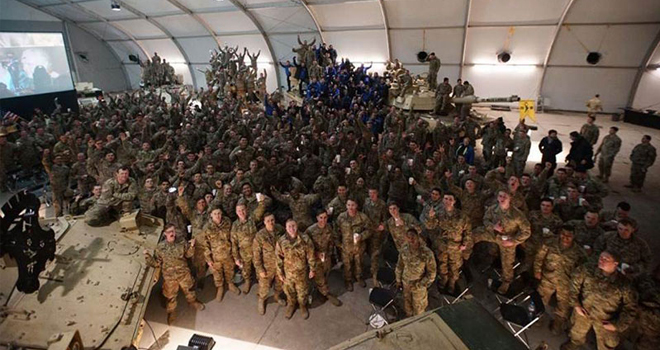 Given the short time frame to turn around, edit and have the commercial film approved by the US military, the National Football League and FOX, it was imperative that every last detail went according to plan including zero issues with KBR's maintenance tents or generators or heaters. Fortunately, everything went off without a hitch and the commercial came to fruition in time.

The unexpected reunions between each soldier and their families were the highlight of the 90 second commercial honoring service members deployed overseas. In addition to providing the special meal and hospitality for the troops at the Poland sites for the big game, KBR was especially pleased and touched to have played a role in facilitating this unique experience for deployed service members.

OVERSEAS CONTRACTING: Where the military goes, so do contractors