Contractors in Antarctica currently experiencing the coldest winter ever recorded 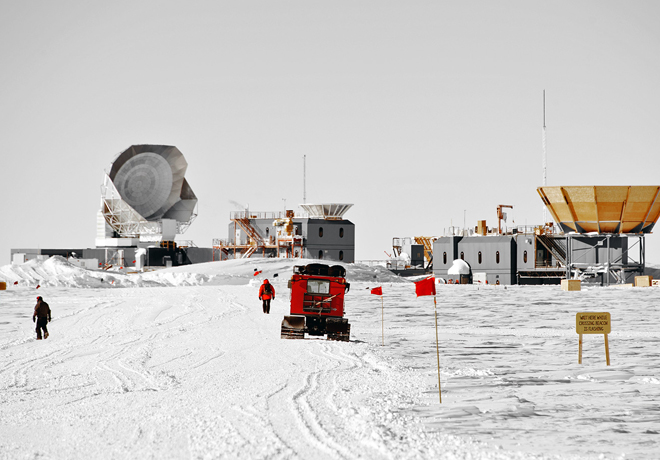 Amid a record hot summer in large parts of the Northern Hemisphere, beset by devastating fires, floods, and hurricanes, Antarctica was mired in a deep, deep freeze. That’s typically the case during the southernmost continent’s winter months, but 2021 was different.

The chill was exceptional, even for the coldest location on the planet.

The extreme cold over Antarctica helped push sea ice levels surrounding the continent to their fifth-highest level on record in August, according to the National Snow and Ice Data Center.

Extraordinarily cold weather continues to grip the Antarctic Plateau. Maximiliano Herrera, a climatologist who monitors world weather extremes, tweeted that temperature at Russia’s Vostok Station sunk to minus-110.9 degrees (minus-79.4 Celsius) on Thursday (Sept. 30), which was just one degree (0.6 Celsius) from the world’s lowest temperature on record during October.

Matthew Lazzara, an expert on the meteorology of Antarctica and scientist at the University of Wisconsin, monitored the South Pole temperatures in recent months from his office in Madison with awe. In an interview, he said it was around minus-100 degrees on numerous occasions. Over the years, he’s traveled to Antarctica numerous times to support his research.

“At these temperatures, it is difficult to operate aircraft,” he wrote in an email. “Between -50°C and -58°C you put the aircraft at risk with the hydraulics freezing up or fuel turning into a jelly.”

Reason for this cold anomaly

The conditions over Antarctica are in stark contrast to much of the rest of the planet which notched its fourth hottest June through August on record, according to the National Oceanic and Atmospheric Administration. The Northern Hemisphere registered its second hottest summer.

Scientists credited a very strong polar vortex, or a ring of strong winds in the stratosphere, surrounding Antarctica for the intensity of the cold.

The stratospheric polar vortex is a seasonal phenomenon. In the Southern Hemisphere, it forms in the fall, persists through the winter and weakens before reversing course in spring.