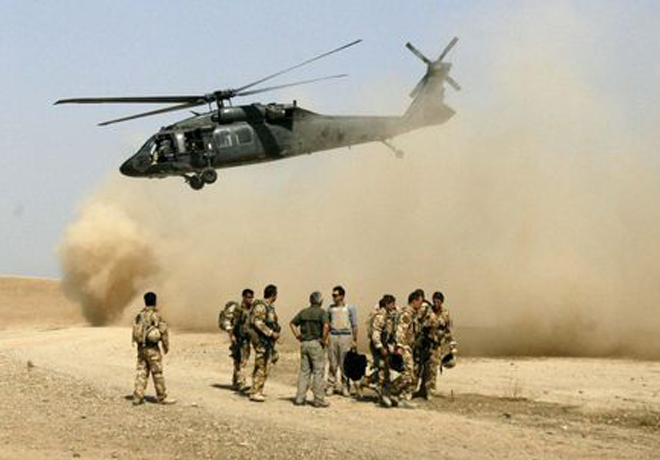 An Islamic insurgency, which began in 2017, continues to threaten the development of one of the world’s largest deposits of natural gas.

Ansar al-Sunna (supporters of the tradition), locally known as al-Shabaab (the kids), claims its brand of Islam will end government corruption and empower the masses. “We occupy [the towns] to show that the government of the day is unfair,” a militant remarked in a 2020 video. “It humiliates the poor and gives the profit to the bosses.” Furthermore, al-Sunna has connected with marginalized ethnic groups who feel that Exxon and other foreign corporations are unfairly dominating the government and exploiting Mozambique’s natural resources.

Americans may soon be involved in this fight. In 2021, a dozen Green Berets arrived to train Mozambican Security Forces. The Pentagon foresees an expanded military role in the troubled nation.

That year, an airplane carrying President Machel and about thirty other government officials crashed in the remote Lebombo Mountains. United Nations investigators said the crash was accidental. The Soviet Union claimed the South Africans used a false navigational beacon to lead the plane off course.

For the rest of the 1990s, Mozambique was on the right track. The country held two relatively uncontroversial presidential elections, Mozambique joined the UK-led Commonwealth of Nations, and millions of war refugees returned home. Then, the bottom fell out. A powerful cyclone drenched the country with heavy rains for over a month. The country simply could not handle a disaster of this magnitude. Dissatisfaction with the government grew, and the aforementioned Islamic insurgency began in 2017.

At first, Ansar al-Sunna concentrated on rural areas in a remote northern province. President Filipe Nyusi said the militants were only bandits and the Mozambican security forces could control the situation. But morale is very poor among underpaid soldiers in the Forças de Defesa e Segurança.

In 2019, the government turned to the Wagner Group. But their superior Russian military equipment and training did not translate to success in Cabo Delgado. So, in 2020, the government contracted with Dyck Advisory Group, a South African paramilitary organization. At first, it looked like DAG had al-Sunna on the run. But during 2021, these militants stepped up their attacks. Assaults on Palma in March and Niassa in December killed dozens of people and forced almost 40,000 others to flee. As a result, some observers say DAG simply needs more time. Others claim the plan needs revising.

Private military contractors are an attractive option for nations like Mozambique. Contractors are flexible, relatively inexpensive, and usually effective.

The government cannot quickly send troops to confront a crisis. That is especially true if that crisis is an insurgency. Instead, they must train for several months. Once they are ready to deploy, they might or might not be needed. Furthermore, once they deploy, many government soldiers are essentially police officers, so they are not too happy.

Contractors are different in both respects. One phone call places fully-trained and ready contractors in the field. Many contractors are former law enforcement officers. So, they know the value of non-violent deterrence. And, they know how to develop relationships in the community and obtain vital intelligence.

Finally, on this point, contractors are not only fully trained. They are also fully equipped. The government does not need to arm contractors. They show up ready to work. Furthermore, this armament usually includes the latest weapons. Air power, which contractors usually possess, is particularly important. Militants can shield themselves from ground attacks. But they are incredibly vulnerable to drones, helicopters, and other air attacks.

EXPERTISE FOR A PRICE: Civilian Contractors and Military Law
7 top civilian-military contractor jobs
Are there contractors or mercenaries fighting in Ukraine?
How to become a Private Military Contractor without military experience
State Department awards $1.3 billion for Worldwide Protective Services at the U.S. Embassy in Iraq
4 things you should know about insurance providers and coverage while traveling overseas
Share this with a friend