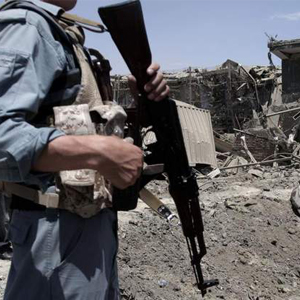 C3PO International Ltd. filed a counterclaim against DynCorp International, LLC’s bid to escape a nearly $6.6 million Texas federal court suit over the abandonment of a C3PO facility (Camp Pinnacle) in Afghanistan following a bombing, saying it had “easily” met the threshold to plead breach of contract.

C3PO, a subcontractor to DynCorp under a U.S. Department of Defense contract to provide logistical support to the Afghan National Police, argued in a response brief that it had addressed perceived deficiencies in its pleadings with an amended complaint, showing the legal feasibility of its claims, with the suit at too early a stage for the court to rule on the merits.

DynCorp’s motion lacks merit and should be denied because pleading breach of contract is not a complex task: one easily achieved in this case,” the company said.

While DynCorp argues that it had legitimately terminated the contract under a termination-for-convenience clause, there is no evidence of this other than the company’s pleadings, C3PO argued. Also, the clause still needed to be exercised in accordance with the contract terms, including an equitable adjustment payment following termination, which DynCorp had not done, according to the brief.

Under the April 2013 subcontract, C3PO was hired to provide a facility for DynCorp staff in Afghanistan, with living quarters, office space, dining and similar amenities, in a Kabul compound known as North Gate. The two related purchase orders, running through the end of April 2014, totaled a little over $11.9 million, according to the company.

In July 2013, following a Taliban bombing at the compound — assisted by several DynCorp workers with Taliban sympathies, effectively making the company responsible for the blast, at least in part, according to C3PO — DynCorp moved its workers to a hotel.

DynCorp indicated that it intended to return to North Gate, and C3PO invested additional money to make upgrades to the contractor’s specifications, but the contractor ultimately determined in that it would continue to house its workers at the hotel.

It gave a 30-day notice of termination for the first purchase order, which made up the bulk of the contract, in August 2013, effective at the start of October that year, with subsequent negotiations to use an alternative C3PO site unsuccessful, C3PO claims.

DynCorp continued to send staff to use recreational and storage facilities at North Gate under the second purchase order, originally meant as a supplementary to the first order, but failed to pay any amounts due under the first order from July 2013 onward, and failed to respond to a request for equitable adjustment in November, according to the complaint.

C3PO filed its suit in July, alleging it had lost just under $6.6 million after DynCorp’s refusal to pay out on the contract, leading it to lay off about half its workforce, and DynCorp moved for dismissal of the case on Oct. 7.

The contractor argued that its use of a convenience termination was supported by Texas contract law and that it had fully paid all amounts owed, having reduced the number of rooms it needed from C3PO to zero upon moving its staff to the hotel before the deal’s ultimate termination, as allowed under another clause in the contract.

Even if an equitable adjustment had been required, C3PO had not requested one within the necessary 30-day window following termination, DynCorp said.

DynCorp is represented by C. Michael Moore, Garreth A. Sarosi and Adam H. Pierson of Dentons.