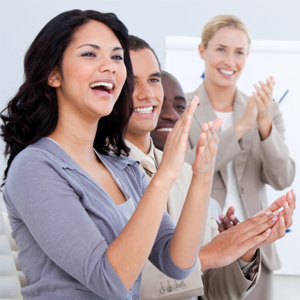 DynCorp International Inc. announced a new CEO with little explanation for the departure of the old one. But it seems to be one more step toward an identity change of sorts for the McLean-based defense contractor.

Most identify DynCorp as a military contractor. Among other services, it’s long provided base support and facility operations around the globe. That focus served the company well, particularly with Iraq and Afghanistan operations; as DynCorp spokeswoman Beatrice Livioco told the Washington Business Journal in May: “When the coalition presence in Iraq and Afghanistan surged, we surged as well.”

But as Livioco also noted, DynCorp expected to give back some of those gains with the drawdown. And that is indeed happening now. It spurred Moody’s Investors Service to downgrade the company in May, in fact, and to revise its outlook to negative from stable. The credit rating agency pointed to the Logistics Civil Augmentation Program from the Army — 31 percent of total first quarter revenue for DynCorp — which is “heavily tied to the ebbing U.S. troop level in Afghanistan.” It also noted that company revenue could continue declining at a rapid pace if U.S. contract awards remain tepid or if U.S. and NATO troops fully withdraw from Afghanistan at the end of 2014.

But the company has not stood idly by. It consolidated business units last year to create DynGlobal, which focuses on the expansion of commercial and international business and offsets losses from U.S. government opportunities. That joined logistics and aviation as one of three primary segments for the company — all of which provide a fair amount of growth potential, particularly when not tied so tightly to wartime support. And that focused presumably played directly into the decision by the company to bring on S. Gordon Walsh as its new chief executive, a 16-year veteran of L3 Communications Inc. with executive experience in the logistics services business. Also noted by DynCorp in the announcement was his experience with “strategic realignment” — a none-too-subtle hint that DynCorp is undergoing significant change.

Why not stick with DynCorp‘s current CEO, Steven Gaffney, who was the one to call reliance on the U.S. government “no longer a truly viable growth strategy” in May?

DynCorp didn’t say, but there’s a good chance it had less to do with executive failures and more to do with timing. Gaffney was appointed CEO in August of 2010, soon after DynCorp was acquired by Cerberus Capital management LP. Prior to that, he was already serving as the company’s board chairman. Much like John Jumper was appointed CEO of the former Science Applications International Corp. to see the company through its corporate split, then move on, it’s feasible that Gaffney was appointed mainly to help transition DynCorp post-acquisition, and then establish a new strategy forward.