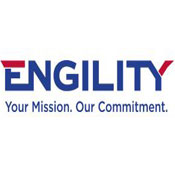 Engility, a Chantilly services contractor, is set to acquire rival TASC in an all-stock deal worth $1.1 billion, the two companies announced earlier this week. The deal is one of the biggest mergers in the government contracting market this year since the proposed union of Orbital Sciences and Alliant Techsystems and marks a shift for two major Washington-area companies.

The combination of our two complementary businesses is transformational and represents a unique opportunity to create a top-tier government services company,” said , Engility President and Chief Executive Officer. “Since our successful spin-off and through our recent acquisition of DRC, which created substantial benefits for our stockholders, we have built a strong track record of developing and executing integration strategies that drive meaningful top- and bottom-line synergies.”

Professional services companies, many of which are based in the Washington region, have suffered declines due to federal spending cuts in recent years.

The combined company is expected to employ a total of 11,000 employees, with 4,000 in the Washington area, Engility executives said. The merger would create a company with a combined revenue of about $2.5 billion. “We view this as a transformational deal for both Engility and TASC,” Tony Smeraglinolo, president and chief executive of Engility, said in a phone interview.

The deal expands the companies’ complementary customer bases, and helps both firms compete better on price, said John Hynes, chief executive of TASC. Hynes is set to become chief operating officer of the combined company. There are no immediate plans to reduce the number of employees, executives said. 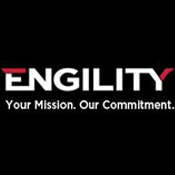 Engility said it hopes to save $35 million by 2016 as a result of cutting back on leases and other measures. Both companies are based in Chantilly. TASC will become a subsidiary of Engility, but the TASC brand will be retained after the merger because of the recognition of the company within government intelligence circles, Smeraglinolo said.

TASC was spun off from defense giant Northrop Grumman in 2009, but it has a long history in the government intelligence market. TASC works with the National Security Agency and the Department of Homeland Security as well as NASA in the areas of cybersecurity, data analytics and intelligence, surveillance and reconnaissance. The company was founded in Massachusetts in 1966 and it is owned by private equity firm KKR & Co. and investor group General Atlantic.

Engility was created as a spinoff of New York-based contractor L-3 Communications in 2012. The company provides military and civilian government agencies with services such as engineering, logistics and business support.

Although the Defense Department will continue to be the biggest client for the combined company, the deal is expected to reduce both firms’ dependence on military work, which is in line with Engility’s long-term goals, executives said. Military contracts will make up less than 50 percent of all Engility’s business after the deal, down from 64 percent, executives said in a conference call with investors. The remaining work is divided among intelligence agencies and federal civilian agencies.

The purchase of TASC is Engility’s second major acquisition in recent years. The company bought Massachusetts contractor Dynamics Research Corp. late last year for $120 million. “We have taken the approach that there needs to be consolidation in the [services] industry,” Smeraglinolo said. “We are going to be a first mover in this space.”