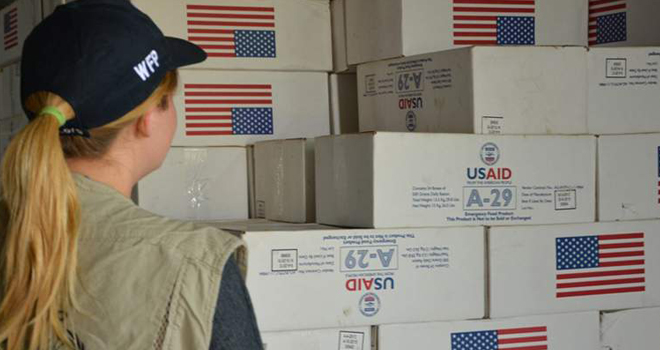 The world’s prosperous nations spend hundreds of billions of dollars each year in “foreign aid.” But foreign aid can mean many things.

Most U.S. assistance, for example, falls into these categories:
• Emergency response and other forms of humanitarian assistance.
• Global health, such as programs to prevent the spread of HIV­/AIDS and other diseases.
• Peace and security.
• Good governance, by funding accountability measures, judicial reform and support for human rights.

Others believe that loans and business investment also are forms of aid. This can be true, but sometimes loans and investment come with strings. Loans must be paid back. Sometimes a country borrows to build infrastructure, and the donor nation’s own workers get the best construction and other jobs. And aid that does not guard against corruption can hurt rather than help the recipient nation. That’s why some kinds of foreign aid amount to debt-trap diplomacy.

The U.S. seeks long-term partners rather than debtors.

Researchers at the College of William and Mary found that loan assistance does not improve economic growth. And, they noted, countries can have a hard time paying off the loans. Sri Lanka, for example, was forced to give up one of its ports in a 99-year lease to China when it struggled to pay for its loans.

“The price being paid to reduce the China debt could prove more costly than the debt burden Sri Lanka seeks to reduce,” said N. Sathiya Moorthy of the Observer Research Foundation in an interview with the New York Times.

Aid recipients can find themselves greatly indebted to a single creditor: Over half of Kenya’s sovereign debt, for example, is held by China.

Even when a program is not grant-based, the U.S. is working with countries to avoid the debt trap. India, for example, is trying a bold approach. A U.S.-backed initiative leverages private investor capital to improve health care for 600,000 new mothers and their babies in India. The project, which makes economic sense for the hospitals involved, is called the largest and most ambitious of its kind.

“This is our first health-impact bond. I’m quite sure it won’t be our last,” USAID Administrator Mark Green said at the World Economic Forum in Davos in 2018. “It is a step forward toward a more sustainable and increasingly country-led approach to maternal and child health.”

Who gets the jobs?

Aid isn’t really aid if it’s used to hire donor-country workers. One example: Nearly three-quarters of the laborers who constructed Angola’s Ombaka National Stadium were imported from China. In Cameroon, half the workers on a major port reconstruction hailed from China. Locals were not trained in engineering and other skills for high-value positions on the project. Even less-skilled positions such as truck drivers were filled by Chinese workers.

By contrast, consider how the U.S. structured the Power Africa program. Power Africa is a true partnership, working to add 60 million new home and business connections to Africa’s power grid. U.S. and private firms provide the financing to build the new electricity projects, but local workers are hired to do the work.

Osike Kenneth of Uganda said working on a solar plant helped his family through a 2016 famine. “Because I was working in the solar project, I was able to feed my family,” the 24-year-old said. Two Power Africa projects bringing reliable electricity to Senegal should create more than 68,000 jobs and grow the economy by $400 million, according to recent studies.

Administrator Green celebrated Power Africa’s multidimensional partnerships in a March event, highlighting an electricity project in Ghana. General Electric and Endeavor Energy are building the plant, which will supply about a fifth of the country’s power. U.S. government agencies are providing technical assistance and finance. The result? “Citizens being employed, communities being connected and Ghana charging ahead in its journey to self-reliance and prosperity,” Green said.

Transparency
Without anticorruption measures, aid can create economic distortion, according to James Roberts of the Heritage Foundation. “It reinforces instead of fixing the problems that undermine sustainable development — including corruption.”

That’s why U.S. aid programs include safeguards that allow people anywhere to follow the money.

The U.S. government makes public all of its program data since 1946 through the Foreign Aid Explorer. This “dashboard” of U.S. assistance presents decades of accurate data in understandable terms. The U.S. government also provides detailed foreign-assistance transaction data from 2006 to the present at Foreignassistance.gov.

Geoffrey Chongo of Zambia said transparency was crucial in starting up a $30 million electricity project in a community of 100,000. Four years after obtaining assistance, the government hadn’t started work. Community leaders spoke out. “They became passionate, to just find out where their money had gone. Government had to respond,” Chongo said.

Green said that each sector — the public sector and the private sector — playing by the rules and doing what it does best, is key to prosperity for all. “This is Africa’s time, but only if all of us here work together.”

Around the World: 2016 budget justification for USAID and the State Department