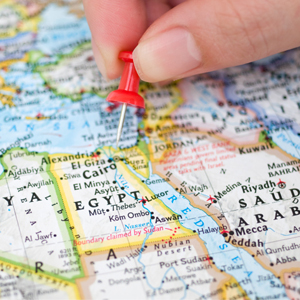 The recent energy boom in Africa has been one of the main contributors to a huge increase in military spending in the region. International Defense companies have, consequently, begun targeting Africa markets, as the US and European defense markets suffer from drastic spending companies.

According to UPI, the current hot spots are the Horn of Africa, the oil-rich Mediterranean belt and the Sahel region in the North. Former Zimbabwean Army Officer, Col. Joseph Sibanda, singled out Mozambique, Tanzania, Uganda and Kenya as the key areas to focus on. The recent spate of terrorist attacks in countries such as Kenya and Nigeria illustrate the need for a discussion of the latest strategies and technologies to combat security issues and terrorism, and have encouraged countries such as Ghana to adopt a more vigorous stance against security issues.

It has long been argued that instability hinders Africa's continued successful development. Civil war, terrorism and state collapse are rarely confined to state borders. Somalia's security problems often catch neighboring Uganda, Ethiopia and Kenya in “a complex political game of containment and unresolved history." It is clear that security issues and terrorism can only be fought when tackled on several fronts, using the latest technology, strategies and solutions.