Iraqi Based Construction Company Pays $2.7 Million to US for Alleged False Claims in Bribery Scheme 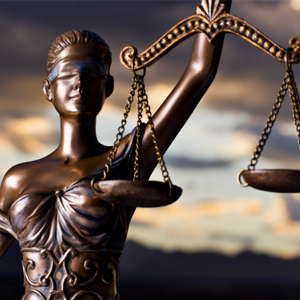 Iraqi Consultants and Construction Bureau (ICCB) has paid the U.S. $2.7 million to resolve allegations that it violated the False Claims Act by bribing a U.S. government official to obtain U.S. government contracts in Iraq, the Department of Justice announced. ICCB is a privately owned construction company headquartered in Baghdad, Iraq.

“Bribery will not be tolerated in government contracting,” said Assistant Attorney General for the Justice Department’s Civil Division Stuart F. Delery. “We will ensure that government contracts are awarded based on merit and pursue allegations of fraudulently procured contracts wherever they occur.”

The government alleged that, from 2007 to 2008, ICCB paid bribes to Army Corps of Engineers procurement official John Salama Markus, 41, of Nazareth, Pa., to obtain information that gave it an advantage in bidding on several construction contracts with the Department of Defense in Iraq. The contracts supported reconstruction efforts involving the Iraq war, including infrastructure and security projects and the building of medical facilities and schools. ICCB then knowingly overcharged the U.S. for services provided under the contracts, according to the government’s allegation.

“It is offensive that anyone would see projects to promote stability, health and education in a rebuilding country as a way to make illegal cash on the side,” said U.S. Attorney for the District of New Jersey Paul J. Fishman. “We will not abide companies paying to play in such a system.”

“The Defense Criminal Investigative Service (DCIS) is committed to protecting the integrity of the Defense acquisition process from personal and corporate avarice,” said Special Agent in Charge, DCIS Northeast Field Office Craig Rupert. “Ensuring the proper use of U.S. taxpayers’ dollars and preventing contract fraud is in our nation’s interest and remains a priority.”

The settlement is part of a larger investigation initiated by the U.S. Attorney’s Office for the District of New Jersey. As part of that investigation, Markus pleaded guilty on Sept. 7, 2012, to wire fraud, money laundering and failure to report a foreign bank account in connection with more than $50 million in contracts awarded to foreign companies in Gulf Region North, Iraq. Markus was sentenced to 13 years in prison on March 12, 2013, in Newark, N.J., federal court.

Department of Justice Warns of Fallout in Army vs. KBR Contract Dispute

One Response to “Iraqi Based Construction Company Pays $2.7 Million to US for Alleged False Claims in Bribery Scheme”