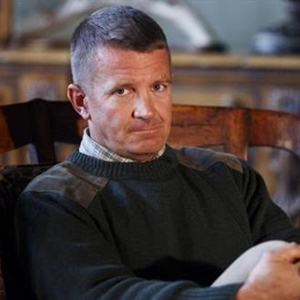 Frontier Services Group (FSG), a Nairobi-based company associated with former Navy SEAL and Blackwater founder Erik Prince, has announced it is expanding to the Democratic Republic of Congo.

The logistics company said it had entered into an agreement to buy a private DRC-based transporter for an undisclosed amount. FSG said the proposed acquisition will enable the firm expand to a market that is underserved.

“The proposed acquisition is one example of how we are moving FSG smartly into markets where we know we are going to achieve the highest returns by delivering dependable service, often where there is little to no competition,” said chief executive Gregg Smith in a statement.

Kinshasa transporter is expected to also give it access to the West African market.

FSG, which is listed on the Hong Kong Stock Exchange, has been expanding in the local market by buying stakes in local transport and logistics companies.

A year ago FSG (then known as DVN Holdings) bought a 49 per cent stake in Kilifi-based Kijipwa Aviation for an undisclosed amount which was followed by a Sh1.2 billion investment in Nairobi-based Phoenix Aviation in exchange for a 49 per cent equity stake.

However, the firm ran into headwinds when Kenya Civil Aviation Authority failed to approve the Kijipwa licence.

The local acquisitions were to give the firm access to the oil and gas industry by offering logistical support. Logistics firms say companies operating in Africa are beginning to outsource transport because of inter-state complexities and poor connectivity.

“Trading across borders can present a number of challenges, unique to each country. In Africa, these include congestion in major cities, such as Lagos and Nairobi, customs inconsistencies in regard to product classifications, duty and tax exemptions,” said DHL Express sub Saharan Africa head of marketing Sumesh Rahavendra.

“This can lead to complex customs clearance processes and a lack of air connectivity with just over 12 per cent of cities served by just one flight a week.”