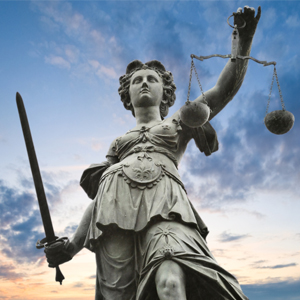 Americans are at risk all over the world. Our military, still the best in the world, can’t be everywhere, all the time. In recent years, the government has increased its reliance on private security contractors. Unfortunately, the results are not always great. Probably the most striking examples of failed private military or security operations involve the defense of the Benghazi consulate in Libya and the killing of 17 Iraqis by Blackwater Security Consulting employees in 2007.

A recent report released by the State Department’s Inspector General found that many of the companies hired to protect our foreign consulates and embassies do a poor job of vetting their employees. The Benghazi report suggests that none of the private guards fired a single shot in defense of the consulate. Now, a whistleblower complaint filed against a private security contractor, Triple Canopy, claims that the company falsified marksmanship scores of its guards.

Whistleblower Omar Badr claims he was hired as a medic for Triple Canopy. In 2009, the company had a contract to protect our airbase at Al Asad, Iraq. To fulfill the contract, the company recruited 332 “marksmen” from Uganda. But there was a problem, Badr claims most of the men couldn’t shoot straight.

When efforts to train the men failed, Badr said he was ordered to falsify their scores. As we understand his complaint, American airmen were relying on a supposedly highly trained guard force for protection, American taxpayers were paying premium prices for “marksmen,” but the company was supplying guards that couldn’t shoot.

Under the federal False Claims Act, whistleblowers can file lawsuits in the name of the United States. If the suit is successful, up to 30% of whatever is collected can be awarded to the whistleblower. That’s what Badr filed and so have thousands of others. Last year, the Justice Department claims that over 700 whistleblower suits were filed and $435,000,000.00 in awards paid out.

Badr’s case is still pending but last week a federal appeals court handed Badr, the government and taxpayers a major victory. In 2013, Triple Canopy sought to have the case dismissed and a Virginia judge agreed. Earlier this year, however, the 4th Circuit Court of Appeals partially reversed the decision and said that since the guards were hired under false pretenses, the fake marksmanship scores constituted a “false claim”.

There is a split among courts as to how to handle implied certifications. We think the appeals court decided this case correctly. When you bill the government for marksmen, there is a clear implication that the people hired can shoot and that the contractor is in compliance with all necessary laws, regulations and contracts. (The trial judge took a much narrower view and had decided that the case couldn’t proceed because the government could not prove that it specifically relied on the altered shooting scores.

The ruling means the case is now headed to trial. Badr, the Justice Department and Triple Canopy will all get their day in court. The government seeks approximately $10.3 million in damages. If the government wins, the damages can be tripled.

Whistleblowers have become the new American heroes. They are on the front lines in the fight against fraud and corruption. In Omar Badr’s case, he was also on the front line in the war against terrorism.

Drunk CNN reporter being sued after biting two contractors at the U.S. Embassy in Baghdad