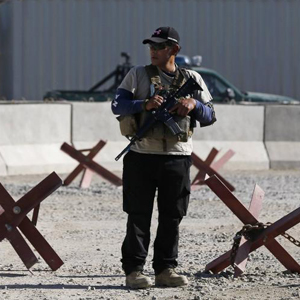 With regard to US/NATO contractors and contractor employees, beginning January 1 and continuing until approximately June 1, 2015, the Afghan Government via Presidential Decree has instituted a transition period allowing for phased application of Afghan law regarding entry/exit requirements (visas) as explained in this fact sheet. The Presidential Decree also covers topics such as criminal and civil jurisdiction, weapons permits, business registration licenses and work permits.

NOTE:  As previously recommended, contractors are strongly encouraged to obtain visas as soon as possible notwithstanding the Presidential Decree's grace period until 1 June 2015.  Although the certificate in this press release has been agreed to in principle, GIRoA is currently establishing  the procedures necessary to process the certificate.  If already present in Afghanistan without a visa, prior to leaving the country, contractors should obtain and use the currently-issued standard visa exemption certificate with the embossed gold seals to re-enter the country. This US/NATO issued certificate is now available on the Resolute Support website ⇒

As detailed in the fact sheet, all contractors will be subject to Afghan criminal and civil jurisdiction while operating in Afghanistan.  Contractor employees may only carry weapons on specific occasions in accordance with Afghan laws and regulations. Additionally, Contractor employees are strongly encouraged to obtain visas under applicable Afghan law before the transition period expires.

As discussions continue, ISAF/Resolute Support will endeavor to provide accurate and up-to-date information regarding the implementation of the BSA/SOFA.