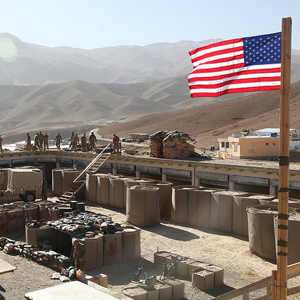 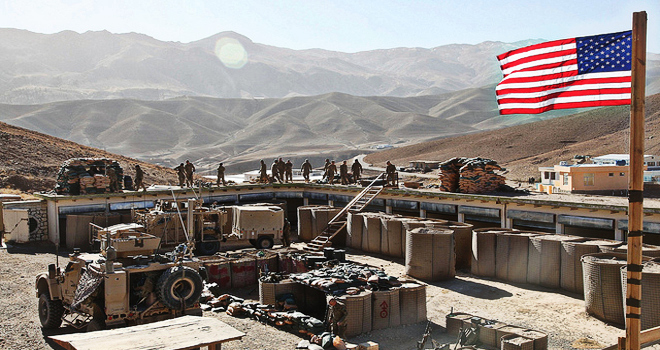 Current restrictions on U.S. troop levels in Afghanistan and a heavy reliance on civilian contractors are eroding the skills and cohesion of units deployed to the country, according to information from the Army given to the House Armed Services Committee and provided to The Washington Post.

According to an Army document, the use of civilian labor in one of the Army’s combat aviation brigades, or CABs, in Afghanistan has had negative side effects because the contractors are being used in lieu of the brigade’s maintenance soldiers. Those soldiers should be deploying with their units, but are not because of the “constrained troop level environment” in Afghanistan, the document says.

“Aviation maintainers not deploying with their [brigades] results in an erosion of skill and experience essential to soldier and leader development,” Army officials said in the document. “The atrophy of these critical skills erodes the brigade’s ability to deploy in the future and sustain itself in an expeditionary manner to locations that may not permit the deployment of contractors.”

According to the Army document, three CABs have deployed to Afghanistan since 2013 with reduced maintenance staffs. A typical CAB usually deploys with 1,500 soldiers but can swell above 2,500 depending on the mission. In 2013, a brigade deployed with 1,900 troops, but as U.S. forces were reduced in Afghanistan, a brigade of only 800 deployed in 2015. Despite the reduction in troop levels, the brigade was still expected to maintain and fly its roughly 100 aircraft.

Currently, the 4th Infantry Division’s CAB is deployed to Afghanistan and provides “country-wide aviation support,” according to a breakdown of U.S. forces in Afghanistan that was compiled by the Institute for the Study of War. It primarily provides rotor-wing support in the form of helicopter gunships and transports.

According to the Army document, only 6 percent of the 4th’s CAB is dedicated to maintaining aircraft. That small number is specifically for recovering aircraft that land or crash in a hostile environment. Instead, 427 civilian personnel — at a cost of $101 million annually — are maintaining the CAB’s fleet of helicopters. Through 2014 and 2015, 390 contractors maintained both the 101st and 82nd Airborne Divisions’ aircraft for $86 million when their CABs were deployed to Afghanistan.

While U.S.-led combat operations in Afghanistan officially ended in 2014, last fall, as the Taliban gained momentum throughout the country, President Obama agreed to keep about 9,800 U.S. troops in Afghanistan through 2016, and 5,500 into 2017.

Although the troop levels are low compared to the 45,000 deployed at the start of 2014, the number of uniformed service members in Afghanistan is only part of the U.S. war effort there. As of April, 26,000 Pentagon contractors are in Afghanistan, about half of whom are assigned to logistics and maintenance duties, according to publicly available reports.

Although the number of contractors has almost always exceeded the number of uniformed troops in Afghanistan, the ratio of civilian employees compared to U.S. military personnel has more than doubled in the past two years, from 1.34 to 2.92.

“I am not at all convinced that the only units affected are the combat aviation brigades,” Rep. Mac Thornberry (R-Tex.), chairman of the House Armed Services Committee, said in a recent interview. “Aside from financially … is there a potential that it increases the risk that our folks face just because of these political limits? Those questions are certainly worthy of a significant deep dive on the part of the committee.”