Do private security contractors provide skills and services that the armed forces lack? 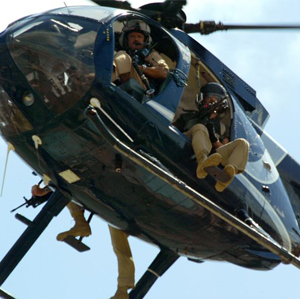 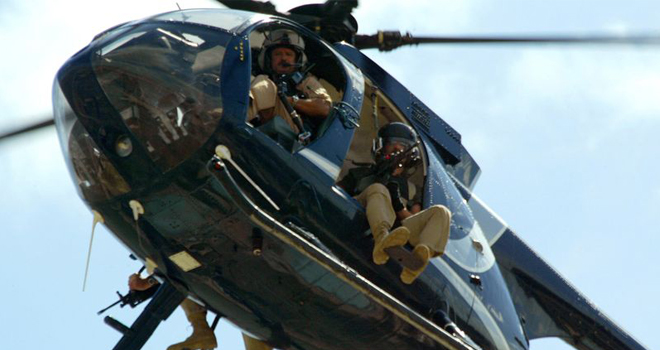 Published by: RAND Corporation — From one standpoint, the employment of private security contractors can provide the United States with access to capabilities that would otherwise be unavailable or “would [either] take an inordinate amount of time to develop internally, or . . . be prohibitively expensive to develop” (Wynn, 2004, p. 4).

Proponents of this “valuable skills” argument claim that although the vast majority of private security contractors provide services that the military itself is designed to perform, a small segment of this group of contractors might be able to off er additional skills.

Aside from basic guard services, private security contractors also provide highly specialized personal security details and bring a background to the job that most soldiers do not have. David Isenberg points out that many of these armed civilians are not merely ex-military, but former members of elite units— Rangers, Green Berets, Delta Force, SEALs, Special Air Service, or Special Boat Service:

In the role of security operator, they are able to bring a lifetime of training and experience to a specific job. Most of the actual security teams operating on the ground frequently are composed of former and retired senior NCOs, men in their 30s and early 40s. Th is level of experience contributes to a more relaxed environment that simplifi es operations. Leaders trust their operators to ensure basic tasks have been performed as second nature, and that their staff is highly professional and disciplined. In contrast a young Army soldier or Marine, recently graduated from his or her basic training and specialty school is just that: young and inexperienced (Isenberg, 2009, pp. 43–44).

However, a common objection to the valuable skills argument is that it is far from certain that contractors will actually deliver these high-quality services. Behind this skepticism lies the assumption that, because private security contractors are profi t-driven entities, they may not comply with their contracts if they see a better chance of maximizing profi ts (Stoeber, 2007). About one fi rm, for example, the Special Inspector General for Iraq Reconstruction reported, “there is no assurance that Aegis is providing the best possible safety and security for government and reconstruction personnel and facilities” (Special Inspector General for Iraq Reconstruction, 2005, p. i).2 Th at said, neither Blackwater/Xe, which provided security for the U.S. Departments of Defense and State, nor Aegis and Erinys, which guard the Army Corps of Engineers, have lost a client to enemy fi re yet (Committee on Oversight and Government Reform, 2007a; Fainaru, 2007c). Because we have set a high threshold of expectations for armed contractors’ behavior and contributions to the force in this monograph, we expect that military and DoS respondents will view armed contractors as providing valuable skills. Indeed, any considerable evidence to the contrary is cause for concern, for it indicates that one of the rationales for utilizing armed contractors may be mistaken. 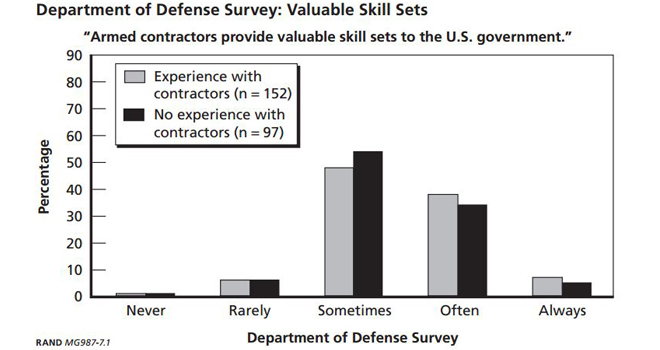 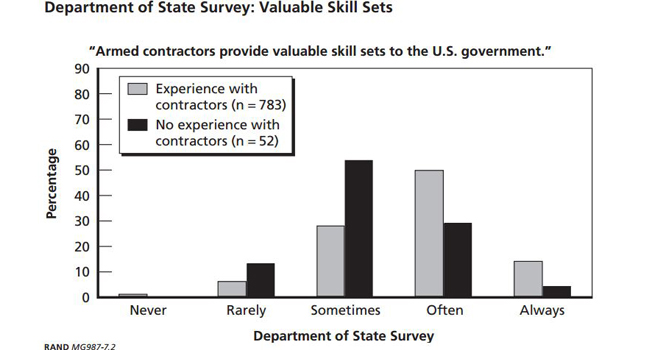 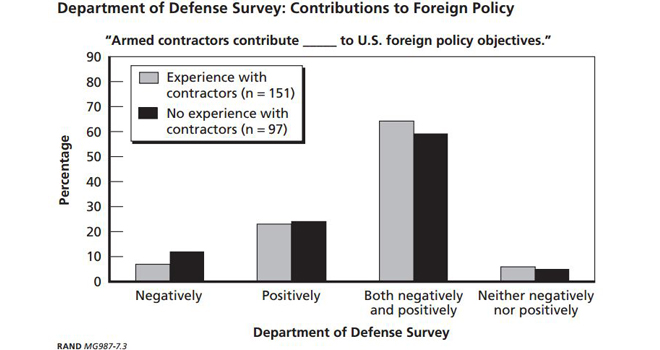 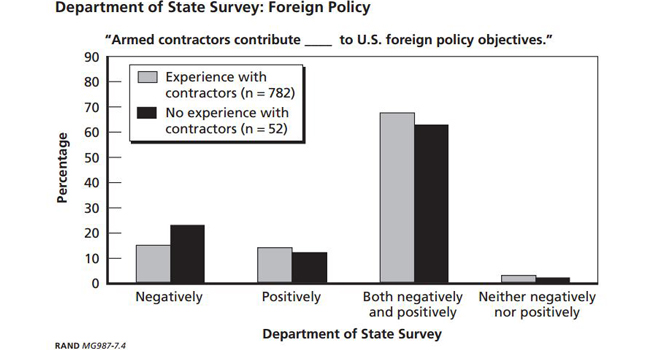 In the State Department, the overall view on this issue was also highly positive (Figure 7.2). Ninety-two percent of those experienced with contractors and 87 percent of those with little or no experience felt that these armed personnel sometimes, often, or always provide the government with valuable skill sets. Nearly half of those respondents experienced with contractors considered the contribution to occur often. Th is suggests that diplomatic personnel, particularly those with direct experience interacting with armed contractors, placed even more value on the skills added by armed contractors than did their military counterparts (whose most common answer, in contrast, was “sometimes”). But taking the two groups of State Department personnel separately, it was those experienced with contractors who were more likely to answer “often” or “always.” Personnel without contact with contractors were more likely to see them as only sometimes contributing valuable skills. Again, as with the military sample, only a negligible few DoS respondents felt that armed contractors never provided valuable skills to the U.S. government. Evaluating whether private security contractors contribute to U.S. foreign policy objectives is even more important. Among military and State Department personnel alike, the clear majority consider armed contractors to make both negative and positive contributions: In total, 62 percent of the surveyed military personnel and 67 percent of the State Department respondents held this view. In the military, though, most of the remainder (23 percent) considered them to be contributing positively, while on the diplomatic side, opinions among the remainder as to whether the contributions were negative or positive were nearly split (16 percent versus 14 percent). Considering that we expect armed contractors to augment the force, such numbers indicating that DoS personnel view them as negatively contributing to U.S. foreign policy objectives are rather troubling.