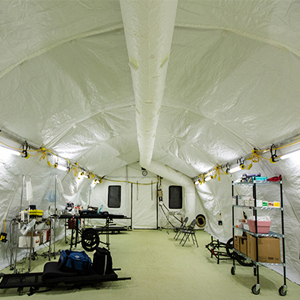 Unlike a civil war or natural disaster, an epidemic does not destroy property. But it sharply increases the cost of doing business, with powerful effects on employment and investment.

This is happening in Guinea, Liberia and Sierra Leone where the secondary impacts of the Ebola crisis have been seen in terms of shuttered businesses and closed schools. But just as economies can stall during an epidemic, we also know what expedites their recovery—a robust business climate that encourages private sector investment.

New Ebola cases continue to be recorded in Guinea, Liberia and Sierra Leone, but as health workers have begun to contain the epidemic, we are already turning our attention, in partnership with host governments, to the task of restoring business activity in these countries. Liberia and Sierra Leone had been growing strongly before the crisis, driven largely by foreign direct investment in the mining sector; Guinea’s growth was weaker but had been expected to increase in 2014. All three economies have contracted sharply in the latter half of 2014, with full-year gross domestic products now expected to be at or below 2013 levels.

Public and private investment plans have been scaled back, suggesting that slow growth will linger through 2015 even if the epidemic is contained early in the year. This is actually not driven primarily by the loss of labor to sickness and health care, but rather by what economic epidemiologists call “social distancing”—when people avoid interacting with each other in order to avoid a perceived risk of viral transmission.

The benefits to workers, firms and farms to restoring normal economic activity can provide a powerful counterbalance to the effects of social distancing, suggesting that capacity utilization, employment and income will rebound as the epidemic is contained.  But tomorrow’s economy depends on today’s investment. The pace of economic recovery will therefore depend crucially on how private-sector firms view the evolving business environment.

Containing the outbreak will do much to restore that environment, but firms across the size spectrum—including potential new entrants—will be wary of their exposure to health-related losses even as the overall health system is strengthened. Reforms that enhance the quality of regulation and reduce the costs of doing business are therefore crucial components of the recovery effort.

The World Bank’s newly released business-climate survey of 189 economies—Doing Business 2015:Going Beyond Efficiency—highlighted sub-Saharan Africa as home to five of the 10 top reformers, four of which are in West Africa. “Doing business” reforms are changes in the procedure, time or cost of conducting business in a country, such as reducing the time it takes to get a construction permit or the number of approvals required to open a business. USAID has supported the Doing Business project since its inception in 2004.

Several of the highlighted business reforms from this year’s top reformers in West Africa (Benin, Cote d’Ivoire, Senegal and Togo) were the result of coordinated harmonization efforts led by the Council of Ministers of the Organization for Harmonization of Business Law in Africa. These efforts encouraged  business-friendly innovations throughout the region such as one-stop shops for registering a business, easier land registry and transfer processes, and improved credit information systems—including in the countries most affected by the outbreak.

Liberia and Sierra Leone took the impressive step of establishing public credit registries in the past year, making it easier to get credit in these countries. The resolve demonstrated by member governments in setting a regional reform agenda and implementing meaningful changes for business also bodes well for increased regional trade, which USAID supports through its regional Trade Hubs in West, East and Southern Africa.

USAID has been working with many of the reformers highlighted in this year’s report and will continue to partner with governments in the region as they tackle both the immediate challenges and the secondary effects of Ebola. Better regulatory environments, supported by governments taking the right steps to attract both domestic and foreign investment, will help these countries recover and prosper in the future.

As reported by USAID 's Chief Economist Stephen O’Connell. He guides the Agency on economics-based decision making and provides expert advice to Agency leadership and staff in the field of economic growth.

Contract Award: $30M to test the EBOLA vaccine in Africa