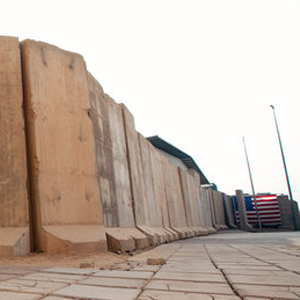 Tough security and elegant architectural design are not easily joined, and the United States has been erecting some foreboding embassies in recent years. The $750 million embassy in Baghdad, the largest in the world at 104 acres, or 42 hectares, is anything but welcoming. Likewise the embassy in Kabul.

Even as an American, even with approved credentials, even with a security clearance and an appointments to see the ambassador, the entry process at most embassies is wholly unpleasant — and usually smacks more of hard power than soft.

There are a series of X-rays, bag checks, and a triple-checking and the handing-over of your passport. Recorders, mobile phones and cameras are rarely allowed inside. Rings of security. Doors like bank vaults. Marine guards in blast-proof booths with no inclination for chitchat. The procedures can vary, depending on the facility and the current state of alert, but it has invariably felt unwelcoming, even to an American with all his boxes ticked.

According to Washington Examiner, the contractors that were supposed to hire local people to add to other forms of security at the embassies, are required to perform "a police check covering criminal and/or subversive activities, a credit check, proof of successful previous employment with supervisor recommendations, and a personal residence check," the State Department inspector general said -- but none of the contractors followed all of those steps.

After the Benghazi attack, it was found that the State Department had used a British security contractor to hire guards, which in turn hired local Libyan men to protect the Benghazi consulate, including "one guard who had been recently fired and another guard suspected of throwing a homemade bomb into the U.S. compound 6 months before the attacks," according to the IG.

Have you found any embassies particularly welcoming? Tell us what think: