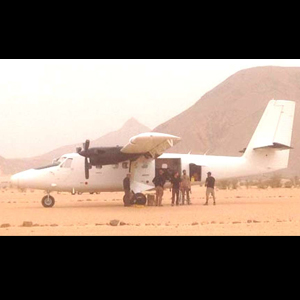 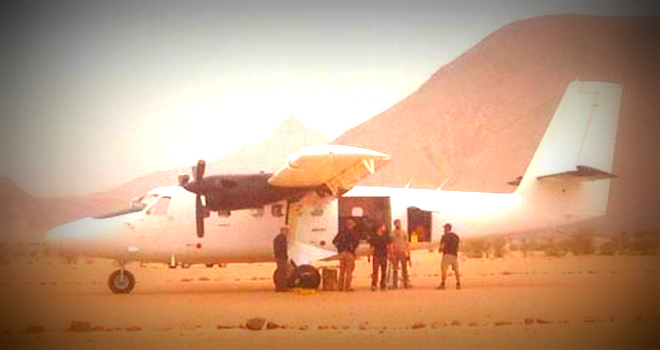 US Military Reveals Contractors Flew to the Rescue in Niger, but Little Else

Details about an ambush in the West Africa country and what American personnel were doing there remain scant. Here's what we know.

Additional details that have emerged regarding an ambush in southwest Niger that left four U.S. Army soldiers dead continue to prompt more questions than they answer about the incident. The top American headquarters for military operations on the continent, U.S. Africa Command, has now confirmed that private contractors helped casualties evacuate the area afterwards, but has again declined to elaborate on the U.S.-Nigerien patrol's overall objectives or who is responsible for the attack.

The facts as they are known at present are that, on Oct. 4, 2017, two U.S. Army Special Forces soldiers and two other members of the service attached to elements of the 3rd Special Forces Group (Airborne) in Niger died after their convoy came under attack from militants near the village of Tongo Tongo, near the border with Mali. A multi-national force of American, Nigerien, and French forces responded to the incident to help drive off the hostile force and rescue the remaining friendly personnel. One of the American soldiers killed in the incident was missing for two days before U.S. forces recovered his body and it remains unclear when and how he died.

Private contractors working for Berry Aviation in Niger’s capital Niamey “were on alert during the incident and conducted casualty evacuation and transport for U.S. and partner forces,” Robyn Mack, a spokesperson for U.S Africa Command, or AFRICOM, told The War Zone in an Email. “Currently, Berry Aviation is the only contractor in Niger or Burkina Faso under CASEVAC [casualty evacuation] contract for U.S. Africa Command.”

We don’t know what part of the process the company was involved in, whether it was moving casualties from Tongo Tongo to Niamey, between a third site and the Nigerien capital, or from there to the U.S. military’s Landstuhl Regional Medical Center in Germany. Berry Aviation is presently fulfilling the terms of a three month bridge contract through the end of October 2017 that requires the firm to have one fixed wing aircraft and one helicopter situated in Niamey ready to go within three hours for operations throughout North and West Africa.

According to Berry’s website, however, the company’s fleet only includes a variety of fixed wing aircraft, such as the de Havilland Canada Dash-8 and Twin Otter, both twin engine turbo-prop planes. It is unclear whether the firm also has helicopters or subcontracts to provide that service. Contracting documents for previous iterations of this arrangement do not specify the need for any particular aircraft by name or prohibit the use of third parties to meet its requirements.

That the aircraft were on call and participated in the response efforts is an important detail. The ability of the U.S. military and contractors working on its behalf, or lack thereof, to rush to the rescue during the attack has been a point of significant scrutiny.

Various reports had previously noted that French helicopters, likely flying in either from Niamey or their base in Gao in neighboring Mali, were able to respond relatively quickly, calling into question the preparedness of American forces in the region. Earlier in October 2017, sources told The New York Timesthat troops in Central Africa, where conditions are similar, understood that it might take up to 10 hours for a medical evacuation. Another simply said the time frame was “multiples” of the so-called “golden hour,” a term for the first sixty minutes after an individual suffers a traumatic, potentially life-threatening injury when medical personnel have the best chance to save them or otherwise avoid serious complications.

Berry Aviation’s standard three-hour alert posture, which U.S. commanders could reduce to one hour with prior notification, underscores this issue. Under those parameters, the golden hour would be gone before the aircraft were even in the air in the best case scenario.

“You’re never going to have the golden hour in Africa; it’s not possible,” retired U.S. Army Brigadier General Donald Bolduc, who led Special Operations Command Africa until June 2017, told The Times. “But you have an acceptable amount of time that commanders have agreed on.”

It seems almost certain that these procedures are under review in light of the incident in Niger, which AFRICOM has already said is under investigation. Another issue will likely be the ability of dedicated rapid reaction elements to actually meet their operational requirements.

After the infamous attack on the U.S. consulate in Benghazi, Libya in 2012, the U.S. military established a variety of response units around the world. The U.S. Marine Corps stood up a so-called Special Purpose Marine Air Ground Task Force, or SPMAGTF, equipped with MV-22B Osprey tilt-rotors and KC-130 aerial tankers, in Spain on alert for contingencies in Africa.  Another company of Army troops formed the East Africa Response Force, paired up with U.S. Air Force aircraft in Djibouti.

On top of that, various special operations forces are at the ready in a crisis. A team of U.S. Navy SEALs reportedly deployed to Naval Air Station Sigonella in Sicily, Italy in preparation for possible movement onward to Niger. AFRICOM would not say whether it alerted the SPMAGTF for a possible mission or why the naval special operators did not ultimately travel to the West African country.

Beyond the response to the attack, AFRICOM has largely declined to explain why the American personnel have traveled to Tongo Tongo in the first place. Official statements and anonymous sources have described the mission variously as a ‘reconnaissance patrol,” part of existing advisory efforts, and a trip to meet with local leaders in support of counter terrorism operations, all activities that are not necessarily mutually exclusive.

Reports that French forces were involved in the operation from the beginning and that the Nigerien personnel belonged to the specialized Bataillon Sécurité et Renseignement (BSR), or Security and Intelligence Battalion, have prompted speculation that the mission might’ve been part of an effort to locate one or more specific terrorists or militants or another larger operation. That one of the dead, U.S. Army Staff Sergeant Jeremiah Johnson, as not a Special Forces soldier, but a chemical, biological, radiological and nuclear specialist attached to the team has also raised questions about whether the patrol could have a connection to Niger’s uranium mining industry.

This seems unlikely given that AFRICOM has officially described its initial assessment of the mission as “low risk” and how far Tongo Tongo is from the country’s uranium mining centers to the northeast. Reports leading up to the American invasion of Iraq in 2003 that suggested dictator Saddam Hussein had actively attempted to purchase refined, yellowcake uranium, from Niger turned out to be fabrications.

That being said, in May 2013, the terrorist group Movement for Oneness and Jihad in West Africa, claimed responsibility for two coordinated attacks on a Nigerien military base in Agadez and a French-operated uranium mine in Arlit. There was no indication that the operation in the latter location intended to steal any radioactive material, but it did apparently prompt the U.S. military to subsequently send forces to the city, where they are still reportedly active.

In addition, a separate splinter group, led by the enigmatic Algerian terrorist Mokhtar Belmokhtar, a veteran of the war against the Soviets in Afghanistan and also known as “Mr. Marlboro” for his earlier smuggling activities in the region, may also have taken part in the 2013 attacks. Portions of these two entities later merged to form yet another group, Al-Mourabitoun, and some of those very seasoned fighters in turn took on the mantle of Islamic State in the Greater Sahara, or ISGS in 2016. Many reports suggest that ISGS was responsible for the ambush near Tongo Tongo, but it doesn’t necessary mean there is any nuclear or radiological connection.

It still remains unclear whether Johnson had joined this particular mission specifically in order to provide his specific expertise or simply because of the need for additional manpower. Sergeant La David Johnson, a wheeled vehicle mechanic who was missing for two days before U.S. and partner forces found him dead, was another non-Special Forces soldier attached to 3rd Special Forces Group’s element in Niger who had gone on the mission as a driver.

“We can’t get into a detailed breakdown [of U.S. forces in Niger],” Mack told The War Zone. “However I will tell you Special Forces make up a fraction of the overall force composition.”

U.S. officials have generally declined to offer specifics about the operation or America’s overall military posture in Niger. There are reports that President Donald Trump and his administration are seeking to deny the group responsible any propaganda benefits from the brazen attack as they plan to retaliate. Any direct action would likely come in the form of either air or missile strikes or a special operations forces raid to kill or capture the individuals who planned the assault. We have seen both types of responses in the past.

In June 2014, elite troops snatched Abu Khattala, the alleged mastermind behind the Benghazi consulate attack, from his home in Libya and brought him back to the United States. His trial began on Oct. 2, 2017.

In January 2017, President Barack Obama’s administration sent B-2 bombers to pound ISIS-affiliated fighters in Libya, following a brief conventional counter-terrorism operation in that country. The attack with one of America’s most advanced aircraft demonstrated the U.S. military’s ability to attack when and where it chooses and when its opponents least expect it.

The Trump Administration is likely considering similar options, and the type of statement it might wish to make, while also working around possible limits to what it can do in Niger due to existing Status of Forces and other bi-lateral agreements. Nigerien and French forces have reportedly launched subsequent operations in the Tongo Tongo area themselves.

Maybe the U.S. military will be more forthcoming with information about the incident and its overall activities in Niger after this response takes shape.

Africa could be a goldmine for Private Military Contractors

Private Military Contractors: “We are simply not going to go to war without contractors.”

Is the World Ready for Private Military Companies as Peacekeepers?

U.S. turn to private contractors in new strategy for Afghanistan and South Asia