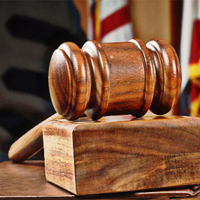 “Defendants McGrade and Collinsworth- now convicted felons-defrauded and stole from the American people, plain and simple,” said U.S. Attorney Neil H. MacBride. “We, along with our law enforcement partners, are committed to ferreting out and prosecuting those that destroy the integrity of the government contracting process.”

“I commend our investigators on their excellent work in this case, and diligence in protecting taxpayer dollars,” said Harold W. Geisel, Acting Inspector General, U.S. Department of State and Broadcasting Board of Governors.

“The scope and breadth of this fraud is reprehensible, not just because of the dollars involved, but because of the position of trust that Ms. McGrady held,” said Special Agent In Charge Kelly. “Her actions denied small businesses the opportunity to compete for these government contracts and that is unacceptable. Today’s pleas put corrupt business owners like Ms. McGrade and Mr. Collinsworth on notice, that the government will get to the truth no matter how they try to disguise their business transactions. IRS-CI will continue to work with the United States Attorney and our other law enforcement partners to root out these corrupt business owners.”

McGrade and Collinsworth were indicted on April 25, 2013, by a federal grand jury on charges of conspiracy, major fraud against the government, wire fraud, false statements, and engaging in unlawful monetary transactions. Each defendant faces a maximum penalty of 30 years imprisonment when they are sentenced on November 8, 2013.

In a statement of facts filed with the plea agreement, the defendants admitted that McGrade was a contract employee for the Department of State and performed the role of a contract specialist for an office that awarded construction contracts for work done at U.S. embassies worldwide. Collinsworth worked at one of the companies that received contracts. In 2006, the defendants married, but did not tell others at the Department of State. The defendants started a company, the Sterling Royale Group, or SRG, with McGrade serving as the president and Collinsworth the vice-president and project manager.

In late 2007, McGrade caused a State Department contracting officer to sign a contract between the Department of State and SRG, and McGrade failed to disclose her role in SRG, her marriage, or that proper contracting competitive procedures had not been followed. The contract made SRG eligible to receive task orders for work to be done at embassies and McGrade began steering work to the company.

She acted as the contract negotiator between the Department of State engineers responsible for getting the jobs done, on the one hand, and Collinsworth, who was acting on behalf of SRG and the subcontractors, on the other. Between 2008 and 2011, McGrade caused Department of State contracting officers to sign 17 task orders awarding work worth almost $53 million. In 2010, the defendants also lied about their marriage to investigators conducting McGrade’s background investigation regarding renewal of her security clearance.

In the summer of 2011, a news article disclosed the defendants’ marriage and the Department of State terminated her employment. The Department of State, however, had paid SRG about $39 million, and after the defendants had paid their subcontractors, they still had millions of dollars. Among other things, they bought houses, a condominium, a yacht, a Lexus automobile, jewelry, and a Steinway piano with the fraudulently obtained money. The defendants have agreed to forfeit all of those items.

This case was investigated by the Department of State, Office of Inspector General, and the Global Illicit Financial Team, a task force led by the Criminal Investigation Section of the Internal Revenue Service. Assistant United States Attorneys Jack Hanly and Mark Lytle are prosecuting the case on behalf of the United States.