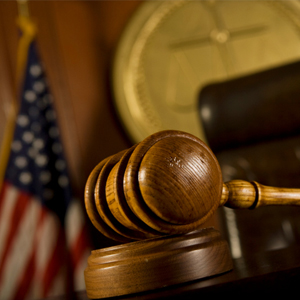 The United States has filed a complaint against a Virginia-based contractor alleging that the company submitted false claims for unqualified security guards under a contract to provide security in Iraq, the Justice Department announced today. The company, Triple Canopy Inc. is headquartered in Reston, Va.

In June 2009, the Joint Contracting Command in Iraq/Afghanistan (JCC-I/A) awarded Triple Canopy a one-year, $10 million contract to perform a variety of security services at Al Asad Airbase – the second largest air base in Iraq. The multi-national JCC-I/A was established by U.S. Central Command in November 2004, to provide contracting support related to the government’s relief and reconstruction efforts in Iraq.

“For a government contractor to knowingly provide deficient security services, as is alleged in this case, is unthinkable, especially in war time,” said Stuart F. Delery, Acting Assistant Attorney General for the Civil Division of the Department of Justice. “The department will do everything it can to ensure that contractors comply with critical contract requirements and that contractors who don’t comply aren’t permitted to profit at the expense of our men and women in uniform and the taxpayers at home who support them.”

“We will not tolerate government contractors anywhere in the world who seek to defraud the United States through deliberate or reckless conduct that violates contractual requirements and risks the security of government personnel,” said Neil H. MacBride, U.S. Attorney for the Eastern District of Virginia.

The government’s claims are based on a whistleblower suit initially filed by a former employee of Triple Canopy in 2011. The suit was filed under the qui tam, or whistleblower, provision of the False Claims Act, which allows private persons to file suit on behalf of the United States. Under the act, the government has a period of time to investigate the allegations and decide whether to intervene in the action or to decline intervention and allow the whistleblower to go forward alone.

The claims asserted against Triple Canopy are allegations only; there has been no determination of liability. The government is not aware of any injuries that occurred as a result of the alleged misconduct.

The lawsuit was filed in the U.S. District Court for the Eastern District of Virginia in Alexandria, and is captioned United States ex rel. Badr v. Triple Canopy, Inc.

U.S. Contractor in Iraq Accused of Charging $900 for $7 Control Switch

One Response to “Triple Canopy Allegedly Billed U.S. for Security Guards Who Did Not Meet Contract Requirements”