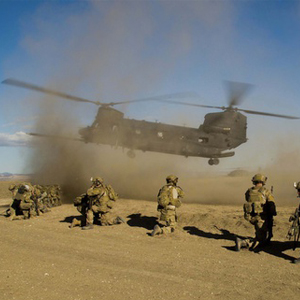 One of the more controversial proposals in the Pentagon’s latest budget is the cutting of the active duty Army from its post 9/11 peak of 560,000 soldiers to approximately 450,000. If sequester pressures remain in 2016, numbers could go to 420,000 or even fewer. Critics assert that slimming the Army to numbers not seen since before WWII will require a time intensive process to grow more forces when faced with another large scale operation.

This will send a dangerous message to potential adversaries who will question our ability to respond to aggression. Pentagon leaders counter that these cuts are manageable and that our ground forces will remain more competent and lethal than any potential foe. I am sympathetic to the critics’ arguments that we cannot wish away the need for robust and ready ground forces.

But considering the numbers in historical and strategic perspective, and assuming the Army is not forced to cut more soldiers due to sequestration (a big gamble), this round of cuts does not seem quite as dramatic. Here’s the logic:

Compared to pre-war levels, it is still a pretty big Army: Cutting the army by about 19 percent seems severe; until one considers that the Army has actually grown by about 14 percent in the last ten years. There were 490,000 soldiers serving on active duty at the start of the Iraq “surge” in 2006, about the same in 2001. Reducing to 450,000 after over a decade of fighting is a net reduction of 40,000. This 8 percent cut will still bite, but it is quite small compared to the 35-50 percent drops that took place after other big wars.

Considering the net growth in both the active Marine Corps and Special Operations Forces since 2001, the resulting force structure does not reflect so much a downsizing across our joint ground forces, but rather a redistribution. The relative increase in SOF and Marines reflects the way in which the Pentagon anticipates operating in the future, which is also based on lessons from the last 10 years. I will save discussion of the rationale and wisdom of this redistribution (along with a discussion on how the Guard and Reserves fit in) for subsequent posts; but let us at least begin the debate with an understanding of the size of these forces compared to pre-war, not peak levels.

One Response to “U.S. Army Reductions Force Some Troops into Civilian Careers”