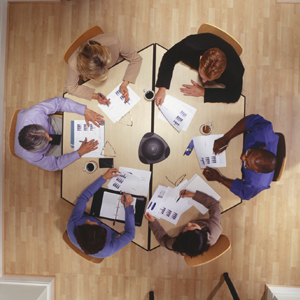 By summer, after a possible runoff election chooses Karzai’s successor, most of the mid-level and senior U.S. civilians with deep Afghanistan experience who would have the knowledge to help foster strong relations with the new government will be long gone. And, officials familiar with the matter said, they will be replaced by diplomats expected to have far less experience.

The drain of institutional knowledge from Kabul this summer stems largely from the State Department’s staffing policy when it comes to Afghanistan. Unlike other posts for which two- and three-year tours are typical, State usually keeps diplomats in Afghanistan for just one year before pulling them out. While the U.S. military has also been criticized for short tours that make it harder to cultivate and maintain relationships with the military’s Afghan counterparts, it’s the State Department that has for years come under the most criticism for one-year rotations in part because diplomats are considered to have greater influence over broader swaths of the Kabul government.

A State Department official said in an email that while one-year tours in Afghanistan will be in effect and many diplomats will leave Kabul this summer, the Department will ensure there aren’t gaps created by rotating out the current spate of diplomats.

The State Department has done one-year assignments in Afghanistan for the last decade. Since it did not change the TOD while the military is still there, we doubt very much that it will change to 2-year tours if/when the military “departs” at the end of 2014.

The Department has for years also offered “linked assignment” incentives to all bidders on non-DS Afghanistan (Entry-Level personnel bidding on entry-level assignments excepted). This means that an employee’s Afghanistan assignment is linked to his/her onward assignment, typically to non-hardship postings. Folks leaving Afghanistan this summer already have their next jobs selected for them a year ago. And if these FSOs get extended another year in Afghanistan (we don’t see that happening), there will be gaps at various embassies and consulates where these FSOs were scheduled to assume posts.

What should be interesting to see is how many FSOs have done repeat tours in Afghanistan in the past 12 years, and how many of those with language training, have done multiple tours in Kabul or other posts in the country.

In related news, the State Department is planning for the departure of the U.S. Military from Afghanistan. According to State, December 2014 will mark the end of the International Security Assistance Force (ISAF) mission, with Afghan forces taking the lead for security country-wide. This change will have implications for the Department of State. Along with the principal responsibility for the diplomatic mission,the State Department will now have the responsibility for providing life support services to Chief of Mission personnel in Afghanistan, including the Embassy staff, but also the Department’s contract personnel.

The State Department has issued a draft solicitation for a period of one (1) year with four (4) one year options contract for life support services for the Kabul Embassy Compound (KEC) Afghanistan and other U.S. government sites within the country.

There may actually be more according to the ALiSS solicitation which estimates the amount of laundry that needs washing per week. Of course, the laundry line item in the solicitation did not separate FSOs, specialists, contractors, etc but we thought this interesting. As of March 2014, quantities being laundered in Kabul include “An approximate maximum of 150 ongoing TDY occupants which require a once a week washing of bed linens and towels (approximately 50 loads per week) and “GSO HOUSING: An additional 250 residential size (20 pound) laundry loads per week.”

According to the ALiSS solicitation, Embassy Kabul’s total permanent capacity will house 858 staff by 2017 but the total mission staffing appears to be three times that number.  Below is the breakdown of anticipated staffing according to the publicly available solicitation for life support services for US Mission Afghanistan:

Additional Mission Afghanistan sites may include, but are not limited to, the following:

The ALiSS solicitation also says that  “Due to the evolving U.S. profile in Afghanistan, the schedule for solicitation, award and implementation is aggressive and subject to change.”