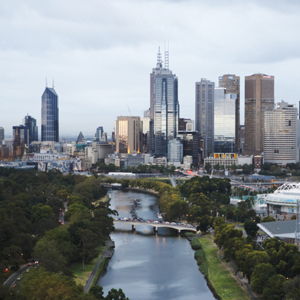 Defense contractors have managed to not only stay afloat but also thrive in a climate of government closure and massive cuts to the Pentagon’s budget, continuing to rake in billions upon billions of dollars in profits.

Under the terms of sequestration, the Department of Defense is slashing budgets left and right, with about $41 billion cut in 2013 alone. That hasn’t prevented the major defense contractors — including Lockheed Martin and Northrop Grumman — to continue to post huge profits according to Bloomberg. Northrop Grumman in particular has had a surprisingly good year, showing a 56 percent increase in the price of its shares. In the third quarter, Northrop’s net income grew to $497 million, compared to $459 million for the same period last year.

Even companies that aren’t performing as well are still seeming to be doing just fine under sequestration so far as profits go. General Dynamics, which is the third-largest provider of services to the federal government, saw its shares on the New York Stock Exchange drop slightly after announcing its profit forecast for the rest of the year. Despite that, the company still saw a net income of $651 million in the third quarter, up from $600 million at the same point last year.

The continued success of these companies matches the predictions of CAP experts Lawrence Korb and Alex Rothman last year, though the sequestration vehicle has been less discriminating about military cuts than many security experts would have preferred. The defense industry spent a large amount of time and capital last year hyping the threat that not just sequestration but any cuts to the military budget would have on their industries, even as experts expressed their doubts in the claims.

Sequestration also hasn’t prevented contractors from being paid far more than their federal employee counterparts. The Office of the Director of National Intelligence recently reported that the intelligence community pays contractors 1.66 times as much as a federal employee for the same work. An analysis from the Pentagon earlier this month also found that the Pentagon could save millions if it would only reduce the payout to some contractors to only as much as President Obama’s salary.

Despite that amount of overpay still present, and the overinflated threat to the overall economy the industry said would result from sequestering the military budget, the growing profits of these contracting firms may be coming at a cost to the workers who make up the companies. Lockheed Martin — the top government contractor — on Tuesday announced that it cut 600 workers last week from its Mission Systems and Training unit, after furloughing approximately 2,400 workers during the shutdown. Since the sequester took effect, firms like Lockheed have been able to cut costs and “frankly, downsize in some cases,” Marion Blakey, president and CEO of the Aerospace Industries Association, said on Bloomberg Television, in order to keep investors happy.

And while companies may be increasing their shareholders’ pay-off at the end of the year, sequestration has managed to hinder national security in other ways. In June of this year, the Defense Department announced that it would be unable to perform routine background checks on security clearance holders in light of budget cuts. Meanwhile, the Pentagon said in June that if sequestration is not lifted before 2014, 6,000 workers could see themselves unemployed, while another 650,000 civilian defense workers began experiencing furlough days running from July through September.