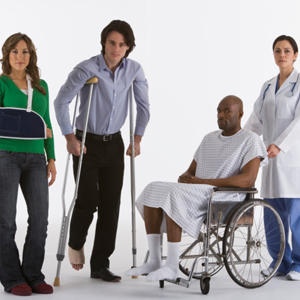 The Defense Base Act (DBA) is an extension of the Longshore and Harbor Workers' Compensation Act (LHWCA) which provides disability compensation and medical benefits to employees and death benefits to eligible survivors of employees of U.S. government contractors who perform work overseas. With a few exceptions, the DBA incorporates the provisions of the LHWCA.

If any one of the above criteria is met, all employees engaged in such employment, regardless of nationality (including U.S. citizens and residents, host country nationals (local hires), and third country nationals (individuals hired from another country to work in the host country)), are covered under the Act.

There is a three day waiting period (the period of time one must wait before compensation is due) under the LHWCA. Thereafter, if an injury is serious enough to prevent the employee from returning to work, the employer (or its insurer) must pay compensation to the injured worker. The amount of compensation paid is generally calculated by taking an employee’s wages from the year prior to the injury and dividing by 52. This is known as the average weekly wage (AWW).

If the employee has worked in the same job for the entire period, the calculation is simple enough. If the employee has not worked “substantially the whole year” in the same type of employment, alternate methods may be used to determine AWW. A similar employee's wages can be used, or if 33 U.S.C. § 910 Sections (a) or (b) cannot be fairly applied, there are several alternatives such as taking a daily wage and multiplying it by the number of days per week ordinarily worked. Courts are split on the issue of whether lower stateside earnings should be used to determine AWW and compensation rated.

Once the average weekly wage (AWW) is established, this is multiplied by two-thirds and this figure, the compensation rate (CR) is the amount of money the injured worker receives for each week they are disabled. The maximum rate changes periodically. Generally, DBA insurers pay every two weeks. Once the compensation rate for "total disability" is established, it does not change and there are no increases for cost of living or inflation.

There are certain injuries subject to a scheduled award. For example, an injured worker with an arm injury who is at maximum medical improvement (MMI) with a 10% permanent impairment rating (and work is available) is entitled to a scheduled award—but no further disability benefits unless there is a change in condition. However, a person with a back injury at MMI would still be entitled to total disability benefits if they can prove they made a diligent but unsuccessful attempt to find suitable work. This is normally a litigated issue, and many scenarios may come into play. For a list of “scheduled injuries’, see 33 U.S.C. § 908.

Maximum medical improvement is a medical term that means the employee has recovered from injuries as much as can be expected, and medical providers have done everything they can. If the employee reached this point and still cannot work, they may be entitled to “permanent and total” (PTD) disability benefits. These benefits are generally reserved for those injured workers who will most likely be unable to work for the rest of their lives. This benefit carries with it an automatic cost of living allowance.

(a) General requirement - The employer shall furnish such medical, surgical, and other attendance or treatment, nurse and hospital service, medicine, crutches, and apparatus, for such period as the nature of the injury or the process of recovery may require.

(b) Physician selection; administrative supervision; change of physicians and hospitals - The employee shall have the right to choose an attending physician authorized by the Secretary to provide medical care under this chapter as hereinafter provided. If, due to the nature of the injury, the employee is unable to select his physician and the nature of the injury requires immediate medical treatment and care, the employer shall select a physician for him. The Secretary shall actively supervise the medical care rendered to injured employees, shall require periodic reports as to the medical care being rendered to injured employees, shall have authority to determine the necessity, character, and sufficiency of any medical aid furnished or to be furnished, and may, on his own initiative or at the request of the employer, order a change of physicians or hospitals when in his judgment such change is desirable or necessary in the interest of the employee or where the charges exceed those prevailing within the community for the same or similar services or exceed the provider’s customary charges. Change of physicians at the request of employees shall be permitted in accordance with regulations of the Department of Labor, Secretary.